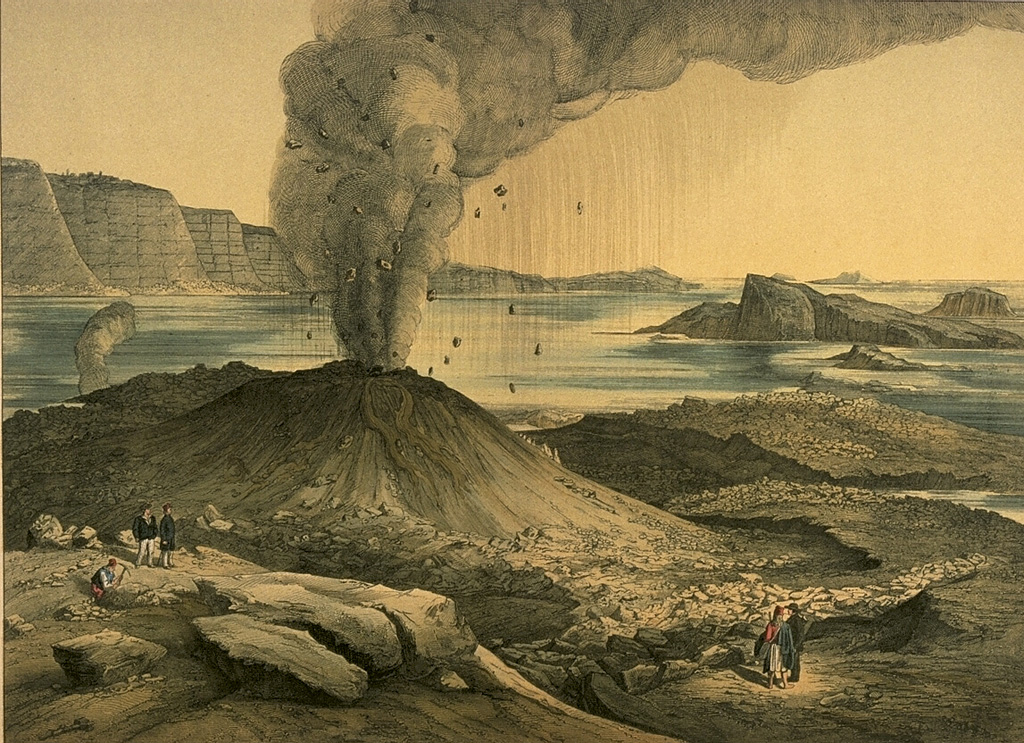 An eruption from 1866 to 1870 at Nea Kameni Island in the center of Santorini caldera began with quiet submarine effusion of lava that built a dome above sea level. During the course of the eruption, three volcanic centers were formed, which issued lava flows, sometimes accompanied by explosive activity, such as depicted in this sketch, viewed form the NE. Lava flows from this eruption underlie more than half of the island of Nea Kameni. The island of Palea Kameni, which formed in 46-47 CE, is visible at the right.