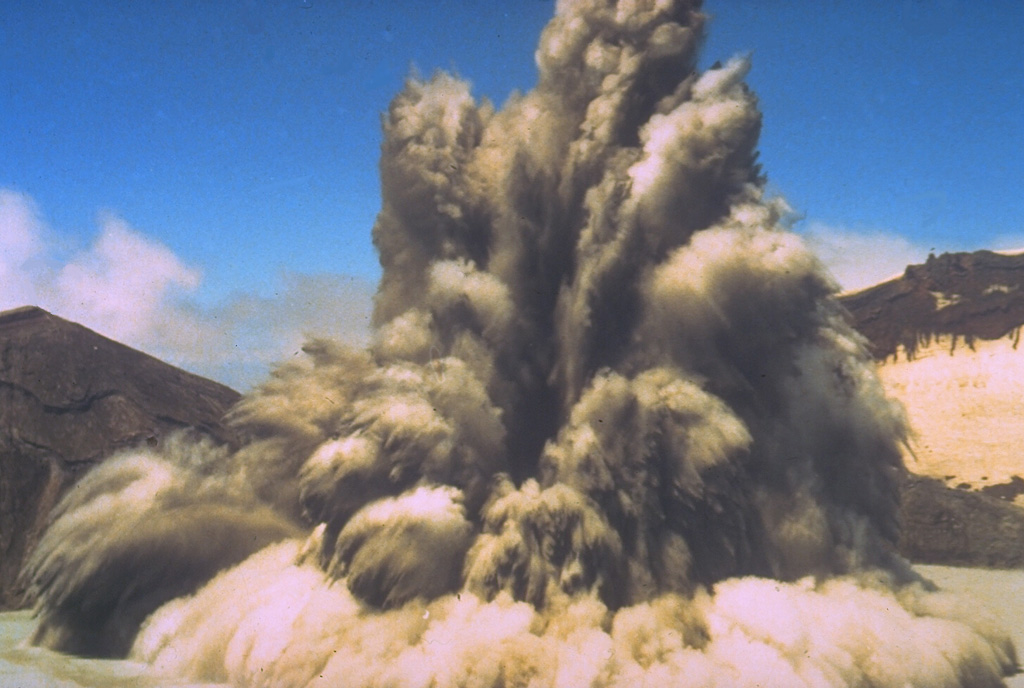 The interaction of magma and water can produce strong phreatic (steam-driven) explosions, such as in this 1980 photo of New Zealand's Ruapehu volcano. Ash and steam trail from large ejected blocks in the eruption column. Pyroclastic surge can be seen traveling radially along the surface of a crater lake. Phreatic or phreatomagmatic explosions are common at submarine volcanoes, crater lakes, and other places where hot magma (or associated gases) encounters surface water or groundwater.