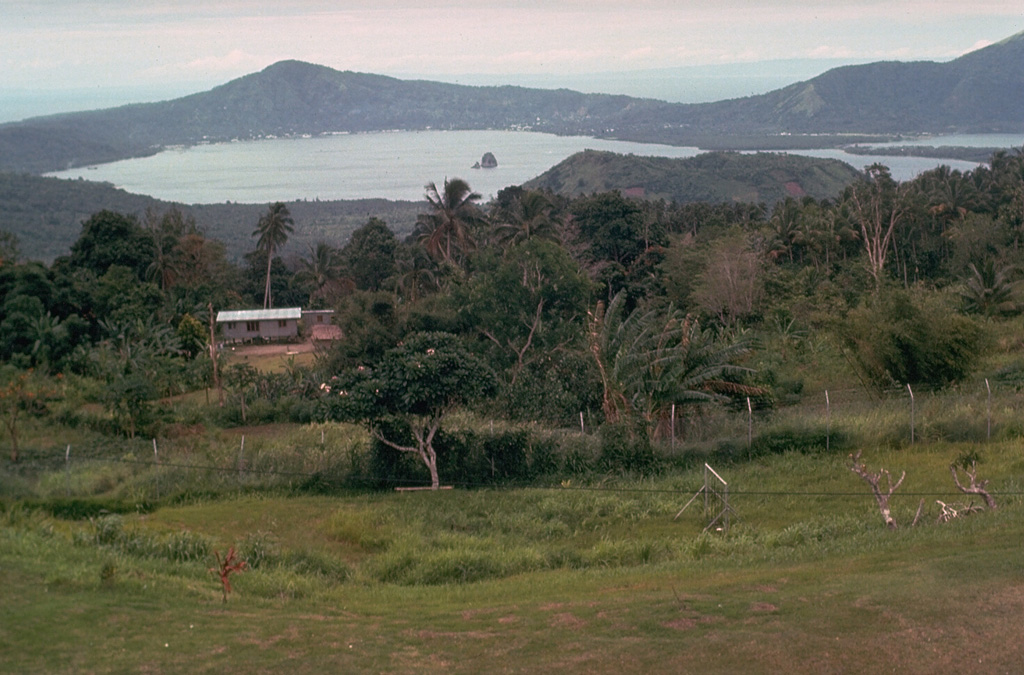 The second of two Holocene caldera-producing eruptions at Rabaul volcano took place about 1,400 years ago. The eruption produced voluminous ashfall and pyroclastic flow deposits, followed by collapse that created the 8 x 14 km caldera, seen here from near its SW rim. The eruption originated from a location near the small, steep-sided island in the center of the bay, Davapia Rocks (also known as The Beehive), an erosional remnant of a post-caldera cone.