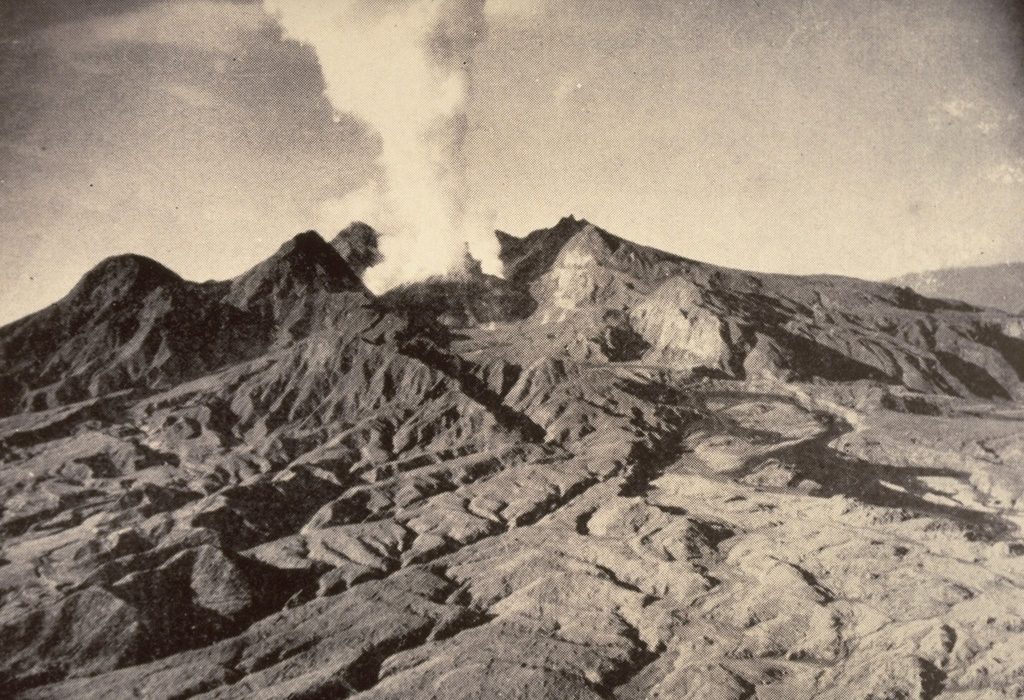 The first historical eruption of Lamington was in 1951, prior to which it was not known to be a volcano by those living on its flanks. Following continuous light ash emission beginning on 17 January the paroxysmal eruption on 21 January produced pyroclastic flows and surges that swept all sides of the volcano to a maximum distance of 12 km to the north, killing nearly 3,000 people. This 5 February photo shows the devastated northern flanks and a plume rising from a growing lava dome in the new crater. Slow dome growth ended in 1956.