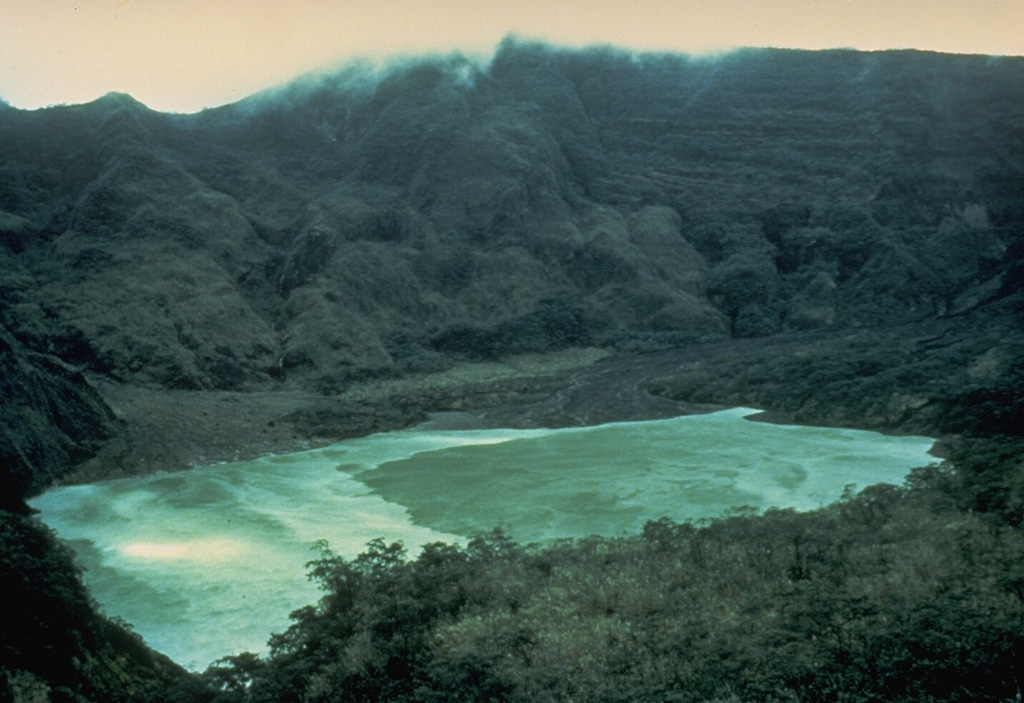 Kelut volcano has been notorious for the repeated ejection of crater lake water during eruptions, producing devastating lahars. A series of tunnels and shafts were constructed in the 1920s to lower the lake level and reduce the hazards of eruptions. The initial tunnels lowered the lake level 50 m, but the 1951 eruption deepened the crater by 70 m, leaving 50 million m3 of water. Following another devastating eruption in 1966, lower outlet tunnels were constructed, and prior to the 1990 eruption the lake contained only 1 million m3 of water.