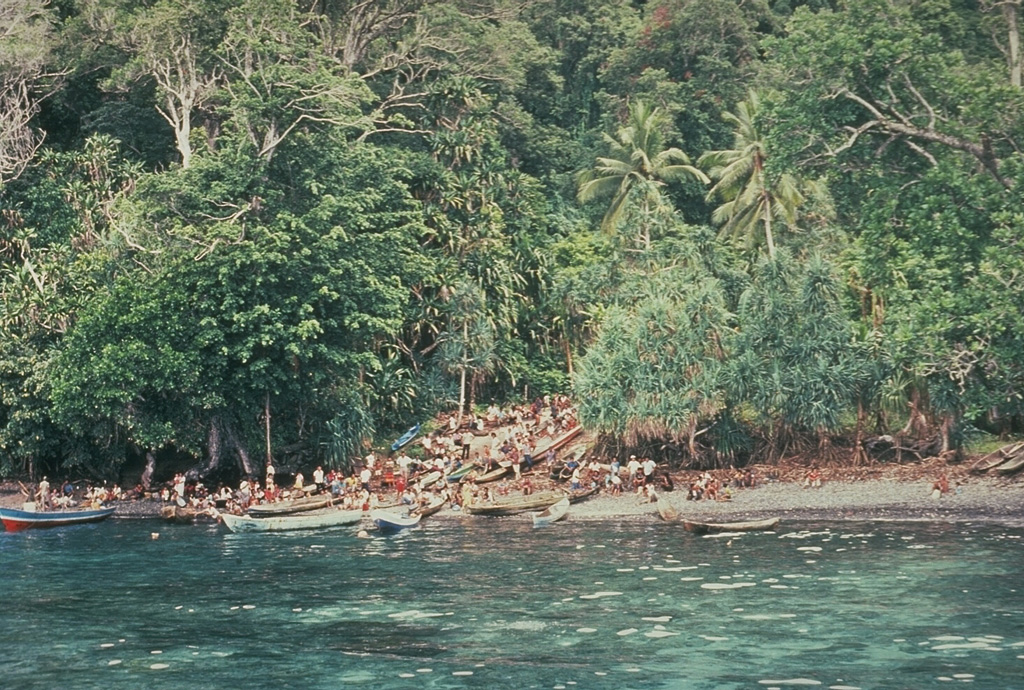 At the onset of the eruption of Banda Api on 9 May 1988, residents of Neira moved to the west side of the island to begin evacuations. Residents of nearby Gunung Api Island, where the eruption occurred, had been evacuated over the previous two days. As many as 10,000 people were evacuated during the eruption; the only people to lose their lives were four who remained in the evacuation zone.