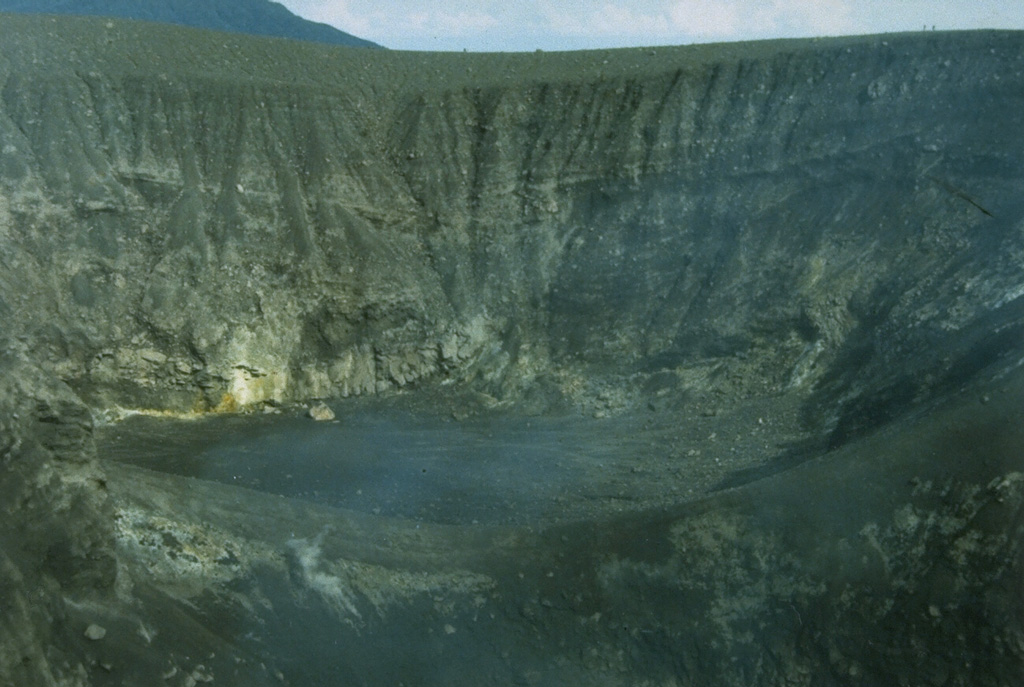 The 325-m-wide Kepundan Bongsu, one of several historically active craters at the summit of Sumatra's Marapi volcano, is the largest and westernmost of a chain of craters covering a 1.2-km-long E-W line. Marapi is one of Sumatra's most active volcanoes, producing numerous small-to-moderate explosive eruptions since the end of the 18th century.