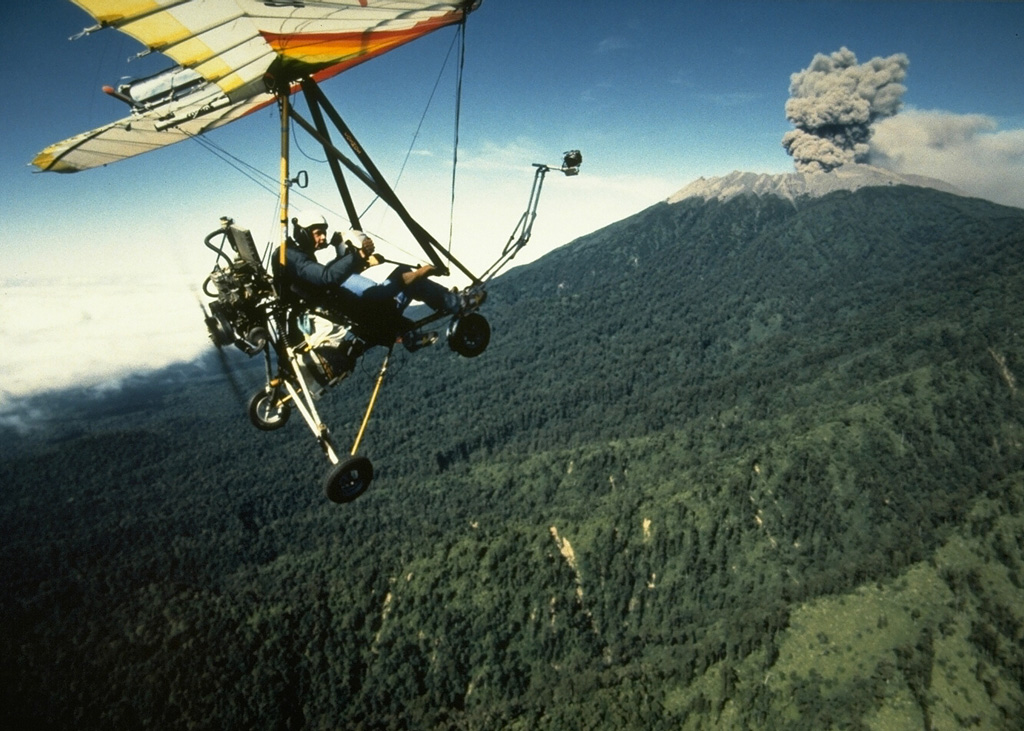 An ultralight aircraft was used by scientists from France and the Volcanological Survey of Indonesia to monitor activity at Raung in 1988. This July view shows an ash plume rising above the forested northern flank of Raung volcano. Hundreds of explosive eruptions were recorded during August and September 1988. This eruption began in 1987 and continued into 1989.