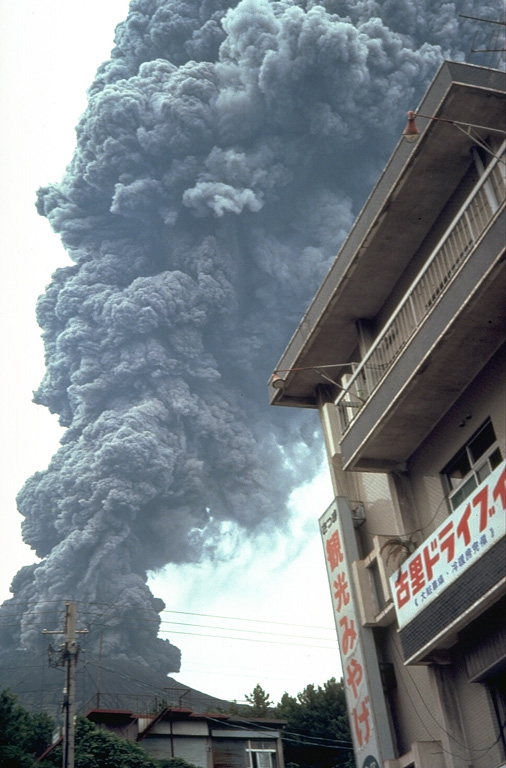 An ash plume rises above a restaurant on Sakurajima island in September 1981. Near-continuous periods of explosive eruptions have been occurring since 1955, frequently depositing ash on residential areas. Occasional larger explosions have ejected ballastic blocks that have penetrated concrete roofs of buildings. Villages are located along the island's coast, but most are only 3-5 km from the active Minamidake summit crater.