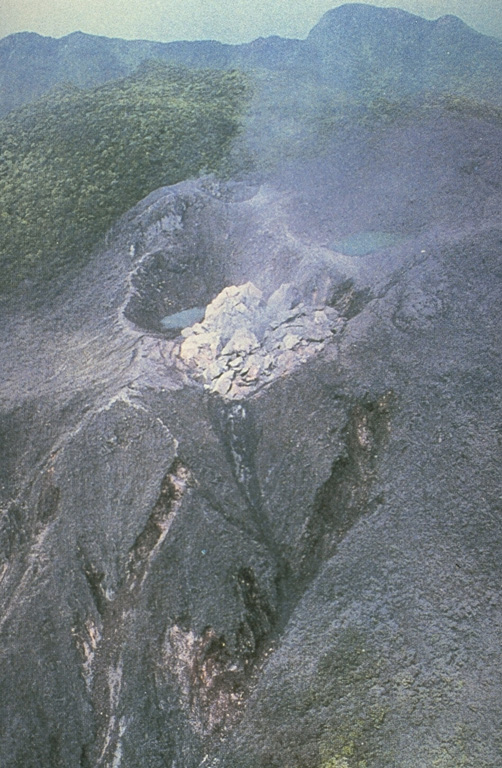 A new lava dome at the summit of Unzendake’s Fugendake is viewed from the air on 20 May 1991, the first day of dome growth that continued until February 1995. The blocky light-colored dacite lava was extruded into Jigokuto crater that formed during explosive activity on the first day of the 1990-95 eruption (17 November). Forested areas around the vents have been defoliated by the explosions, but at this early date undamaged forest remains in the background.