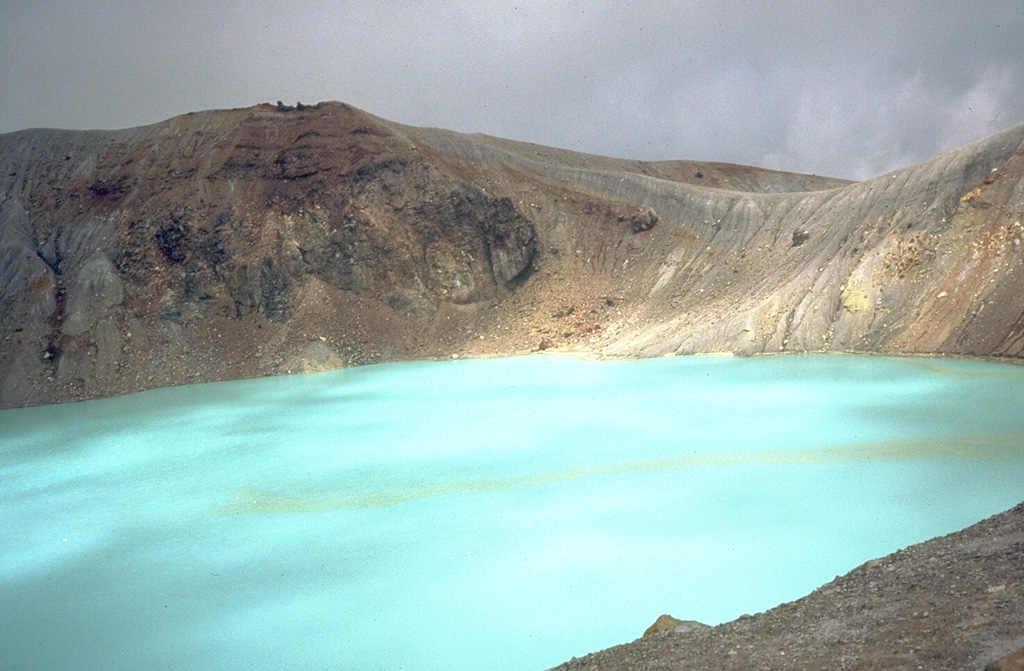 The turquoise waters of Yugama, one of three craters at the summit of Japan's Kusatsu-Shirane volcano, are a popular tourist destination. Yellow rafts of sulfur float on the surface of the acidic lake, which prior to an eruption in 1882, was clear with forested walls. Frequent phreatic explosions have occurred from Yugama and the two other summit craters during historical time. This 1981 photo was taken from the south crater rim.