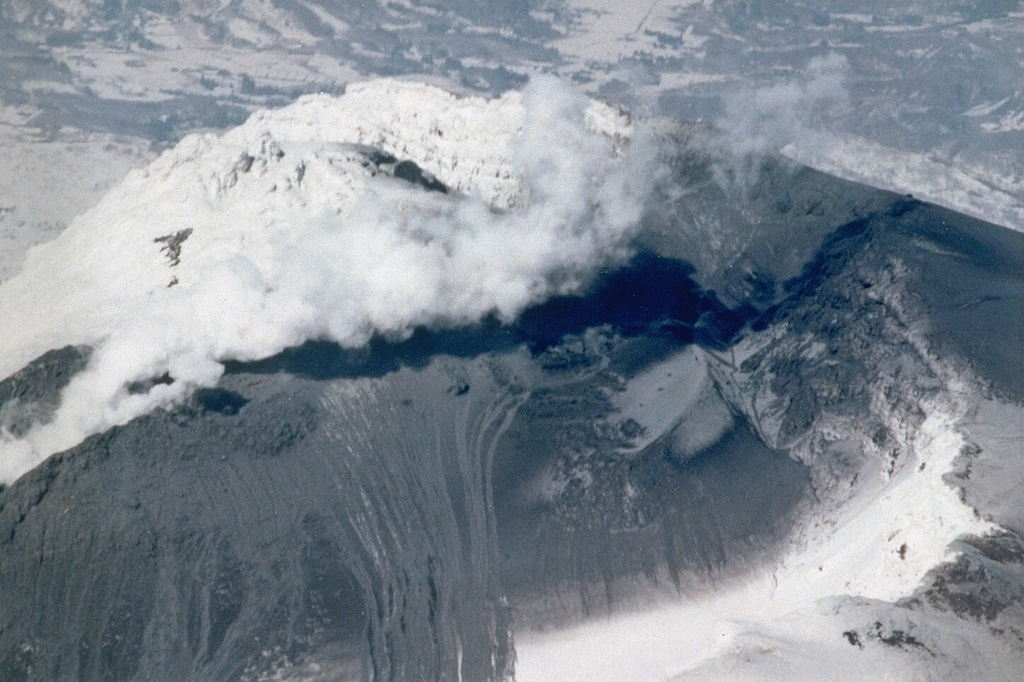 A plume rises from a vent on Chokaisan on 24 April 1974 near the end of an eruption that began on 1 March. Ash deposits cover the slopes of the summit and lahar deposits descend the flanks to the lower left in this view from the SW. Shinzan lava dome appears above the plume to the left, with the eastern caldera wall in the background. The 1974 eruption, the first from Chokaisan in 140 years, ended on 30 April. 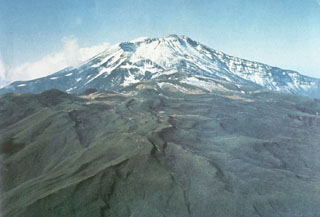