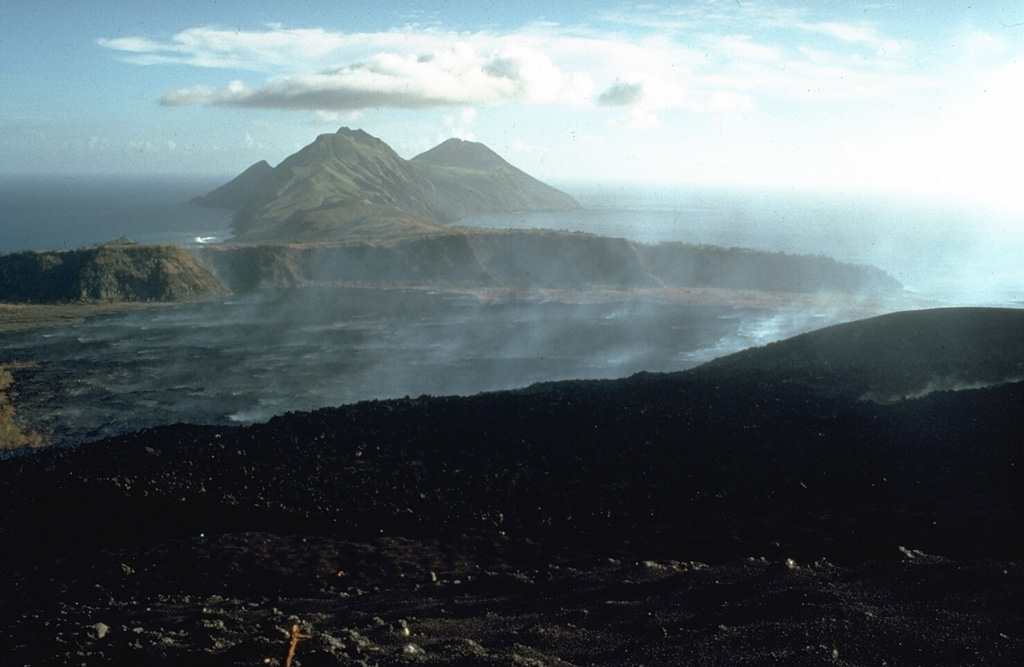 Gases rise from a lava flow that is advancing below the S flank of Pagan in 1981. The flow erupted during 15-26 May 1981 from a vent on the S crater rim and spread out over the broad caldera floor, eventually reaching the southern caldera wall. The foreground area on the flanks of Pagan consists of pyroclastic surge deposits from the 1981 eruption. This 21 May 1981 photo looks to the SW with South Pagan volcano forming the conical peak at the right.