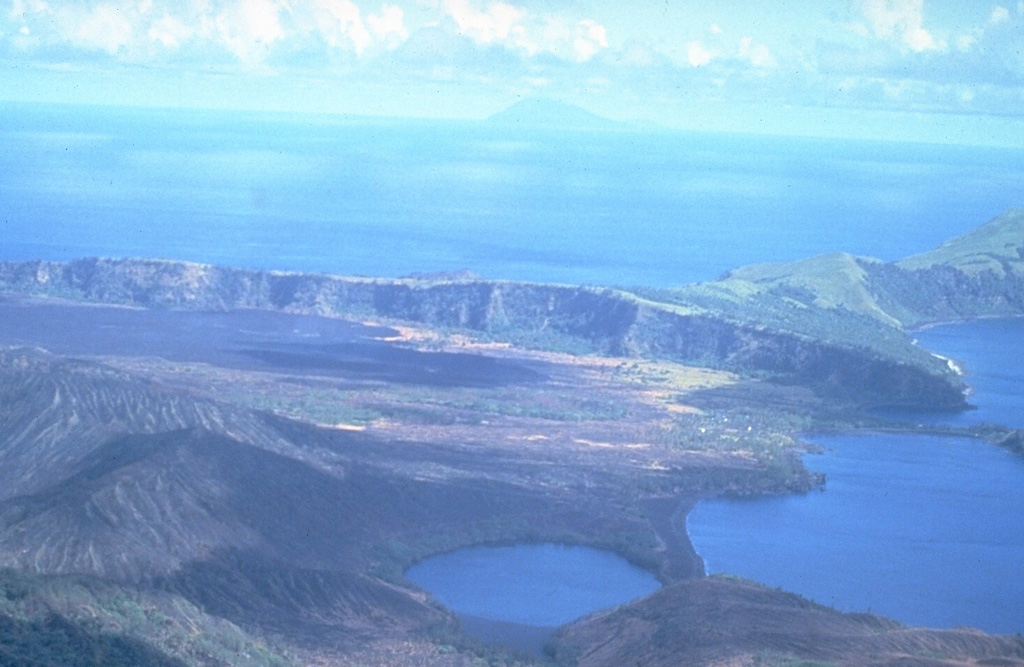 This south-looking view across Pagan Island shows Alamagan Island in the distance. The wall across the center of the photo is the southern rim of a 7-km-wide caldera containing North Pagan volcano. The lake in the foreground is the westernmost of two maars on the western flank of North Pagan. The black lava flow on the caldera floor at the left center in this 16 June 1981 photo erupted from a vent on the south rim beginning on 15 May 1981.