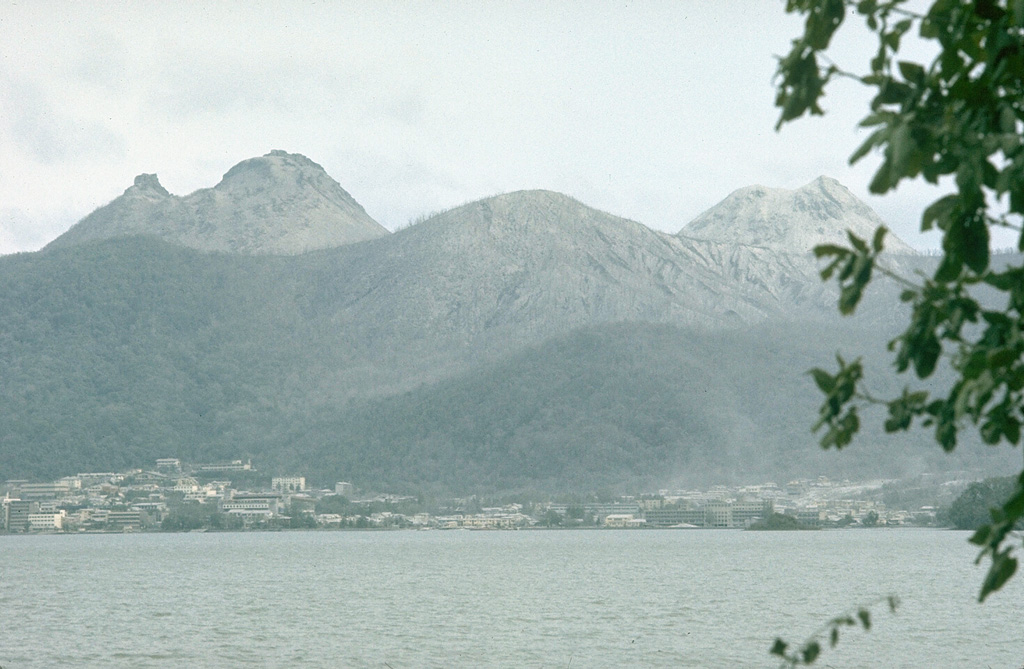 Usu rises to the SE above the town of Toyako Spa on the shores of Lake Toya on 12 August 1977. O-Usu (left) and Ko-Usu (right) lava domes are within the summit caldera. The first of three major explosive eruptions during 7-9 August originated from vents behind Ko-Usu in this view and stripped trees of vegetation on the upper slopes. Growth of a new lava dome in the area between the two domes later in the eruption greatly changed the morphology of the summit.