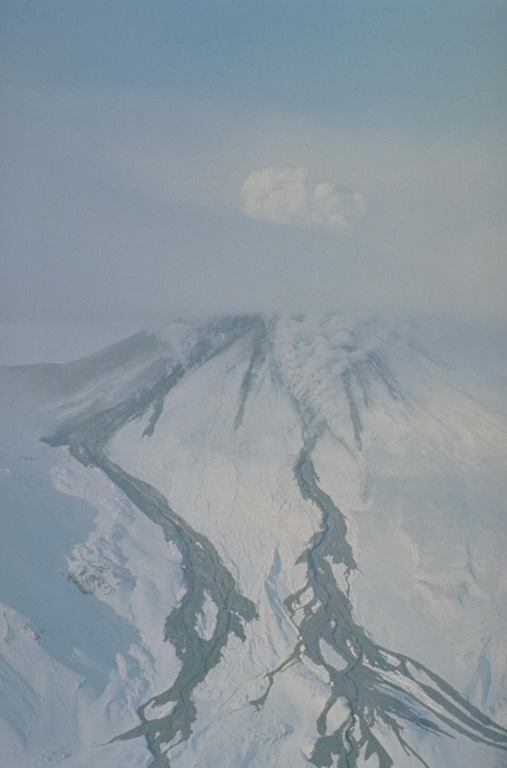 Steaming lava flows descended the SSE and SW flanks of Avachinsky in January 1991 and melted snow to form the dark lahars that traveled down the flank. The 1991 eruption began with explosive eruptions on 13 January and ended on the 30th.