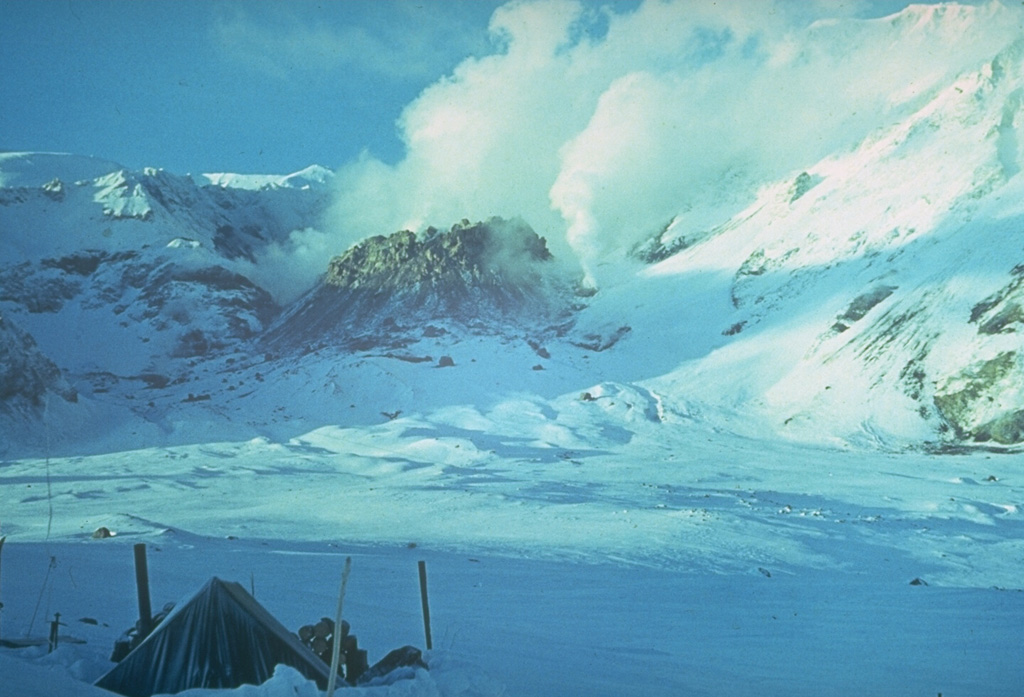 Steam and gases rise from vents on the summit and flanks of a new lava dome that began to grow in 1980 within the 1964 crater of Sheveluch. The northern wall of the 1964 crater appears in the background. By the time the eruption ended in late 1981, the dome had grown to a height of 180 m.