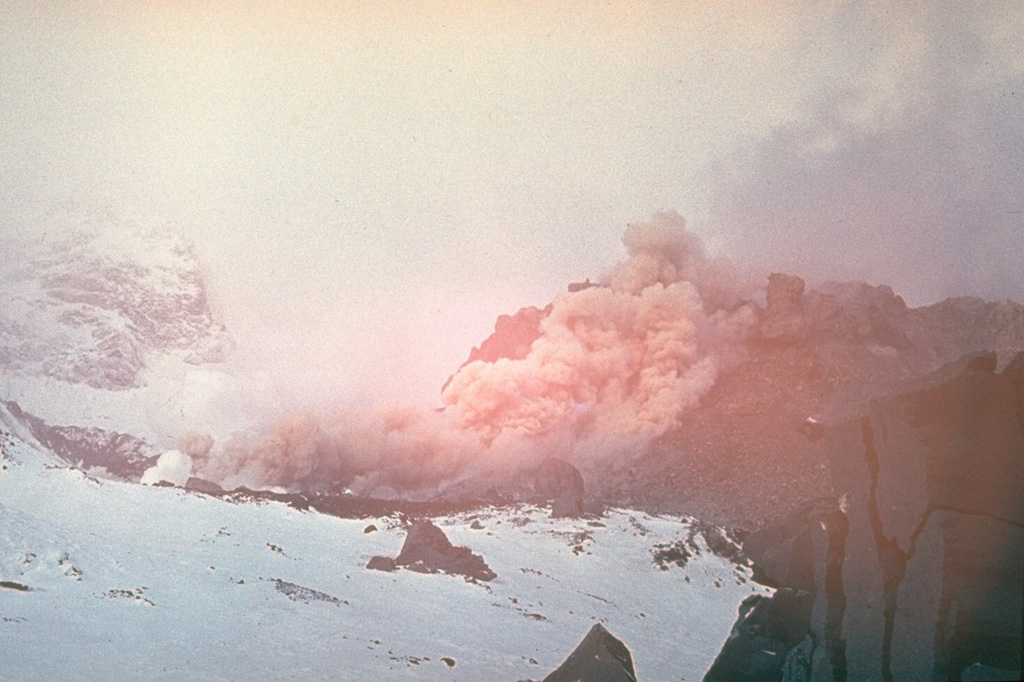 A block-and-ash flow descends the lava dome in the crater of Sheveluch; it eventually reached 1.5 km from the dome. Growth of the dome recommenced on 23 August 1980. By the time the eruption ended in late 1981 the dome had reached a height of 180 m and a diameter of 350 m.