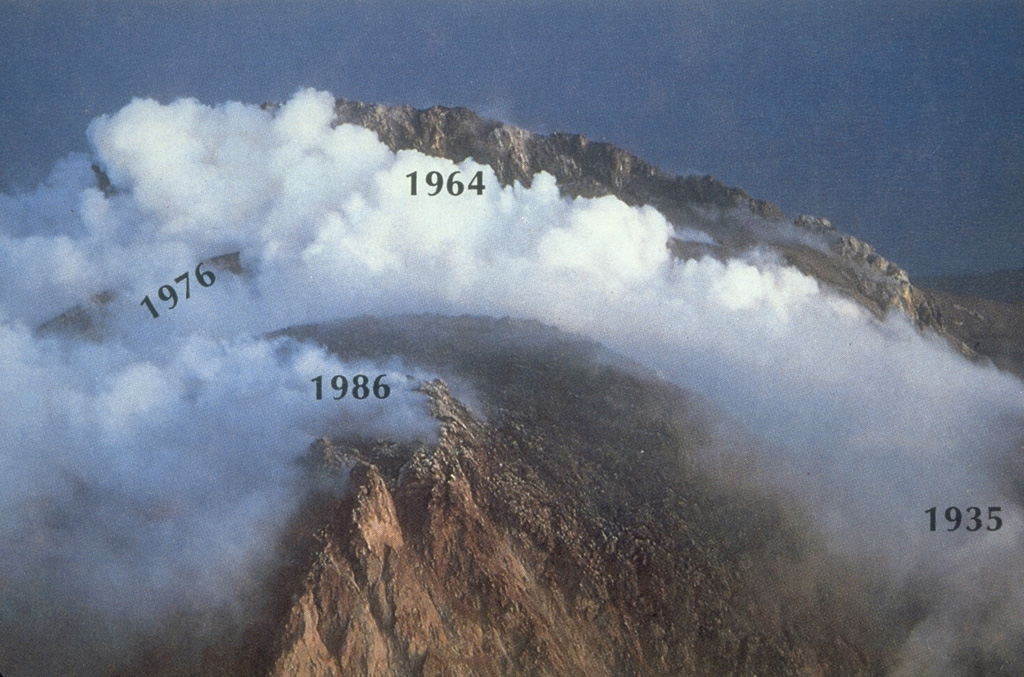 Remnants of four lava domes can be seen in this annotated July 1986 photo of the summit of Augustine taken from the north. Degassing of the 1986 lava dome produces a plume. Eruptions have often begun with the explosive removal of portions of lava domes at the summit and conclude with the extrusion of a new lava dome. Renewed extrusion of the 1986 dome occurred one month after the time of this photo.