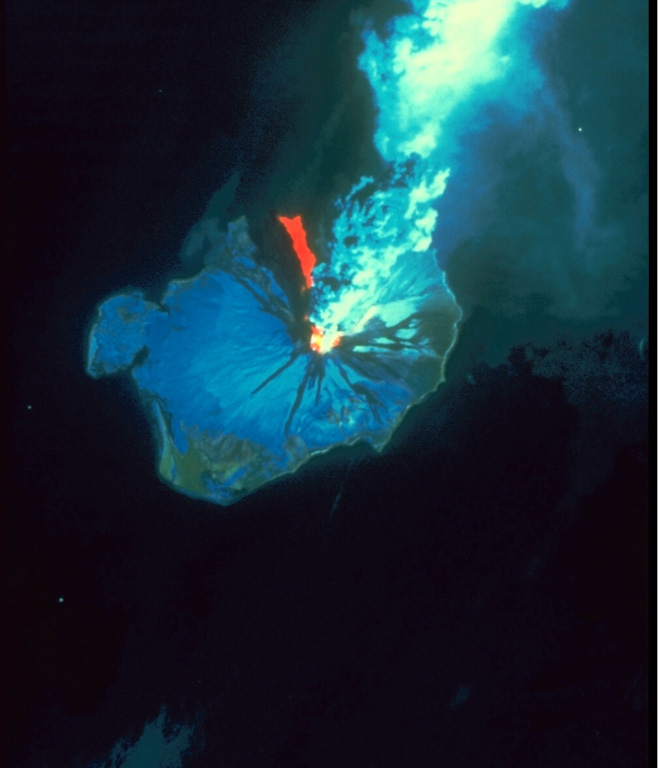 This Landsat thematic mapper image was acquired on 28 August 1986, as Augustine produced a powerful explosive eruption. An 11-km-high ash plume rises from the summit crater to the top of the false-color image. The red area in this false-color image is a hot pyroclastic flow traveling down the north flank. Snow and ice show up as shades of blue and vegetated areas along the coast are green. The dark areas descending the flanks are the paths of lahars and cooled pyroclastic flows.