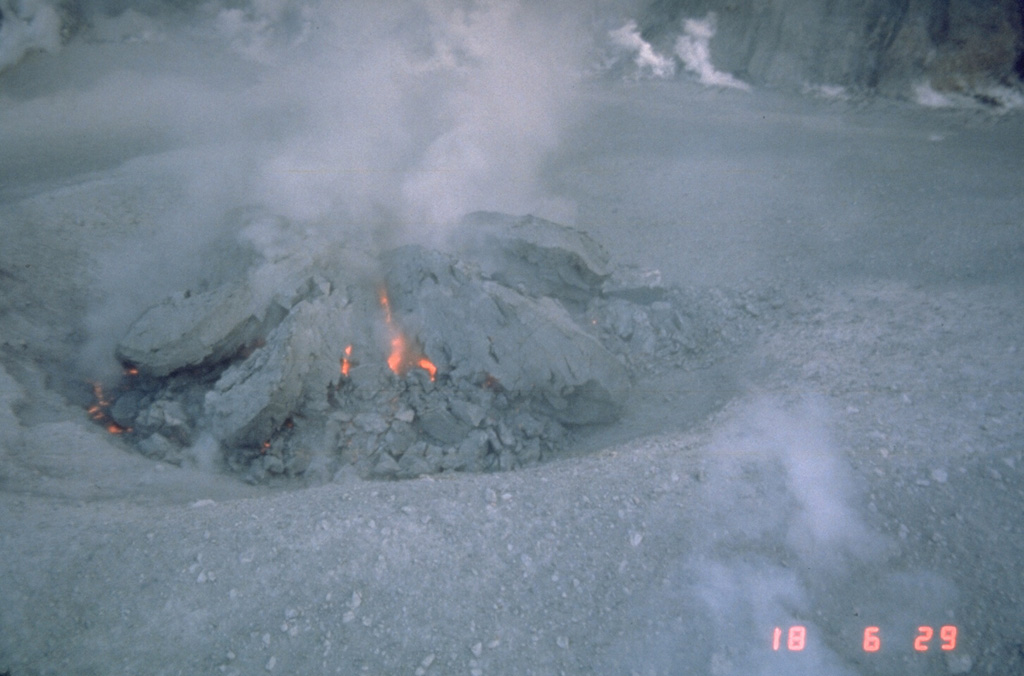 Incandescence is visible in fractures in a growing lava dome in the crater of Mount St. Helens on 18 October 1980. Several earlier lava domes that formed after 18 May 1980 had been removed by explosive eruptions. This photo shows the beginning stages of the lava dome that grew incrementally until the end of the eruption in October 1986.