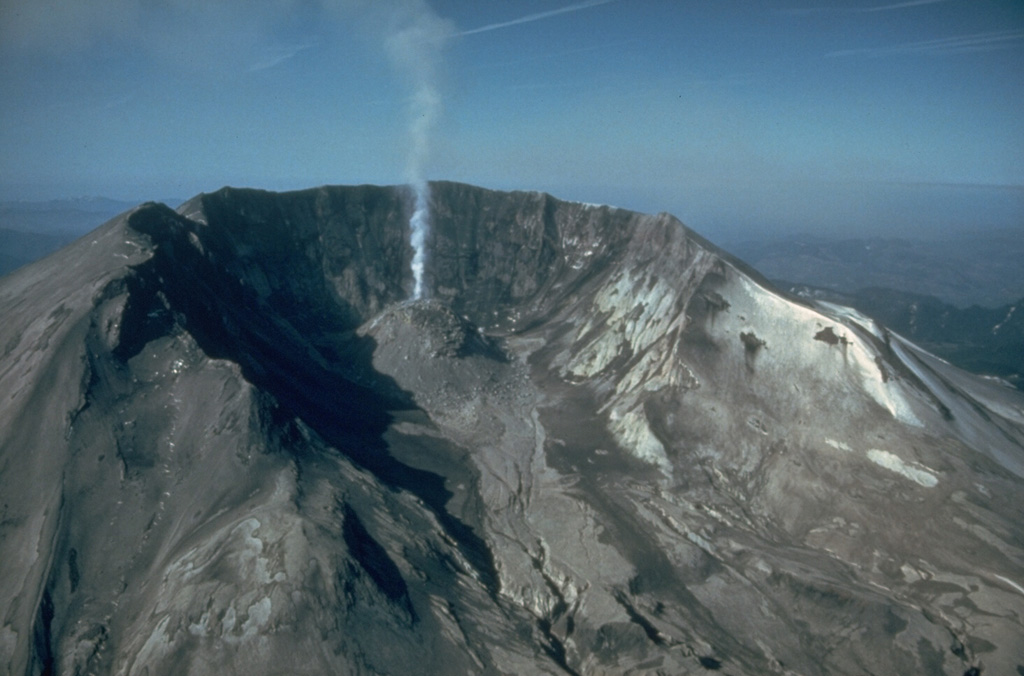 The large, horseshoe-shaped crater left by the collapse of Mount St. Helens on 18 May 1980, is typical of scarps created by massive volcanic landslides. The collapse removed nearly 1 km of the summit, leaving a 2 x 3.5 km crater open to the north. This June 1982 view shows a lava dome that began growing within the new crater.