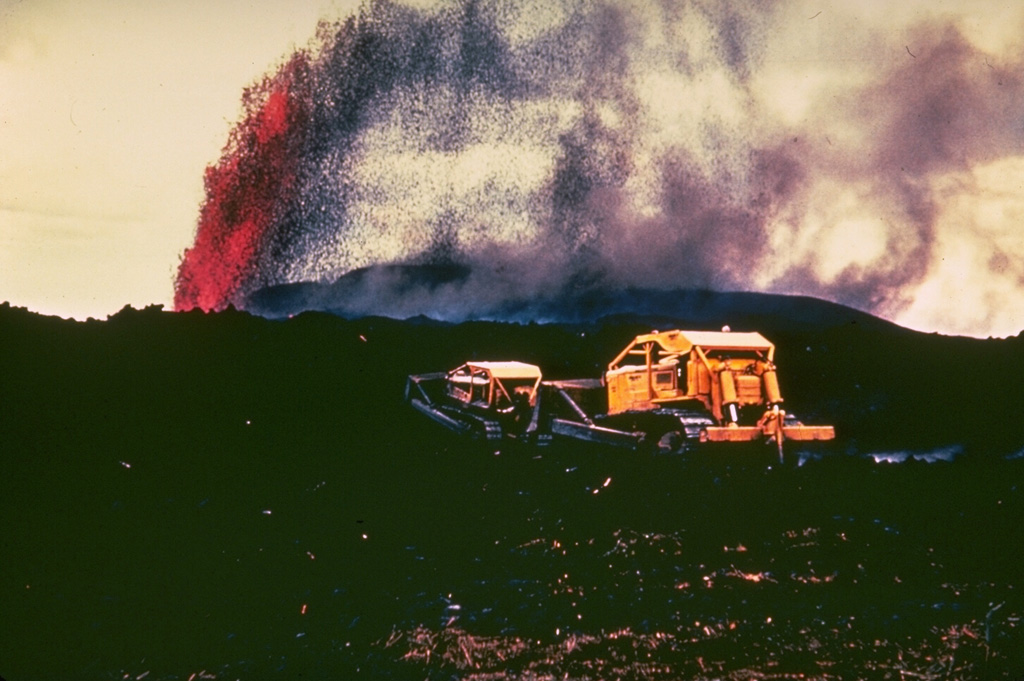 A bulldozer works to create a barrier to lava flows threatening areas below the village of Kapoho, on the lower East Rift Zone of Kilauea, in January 1960. Lava fountains tower in the background from the eruptive vent, which was less than 1 km from the center of the village. Lava flows engulfed the entire village, but the 5 km of walls that were constructed may have helped prevent the flows from reaching houses and a lighthouse at the coast.