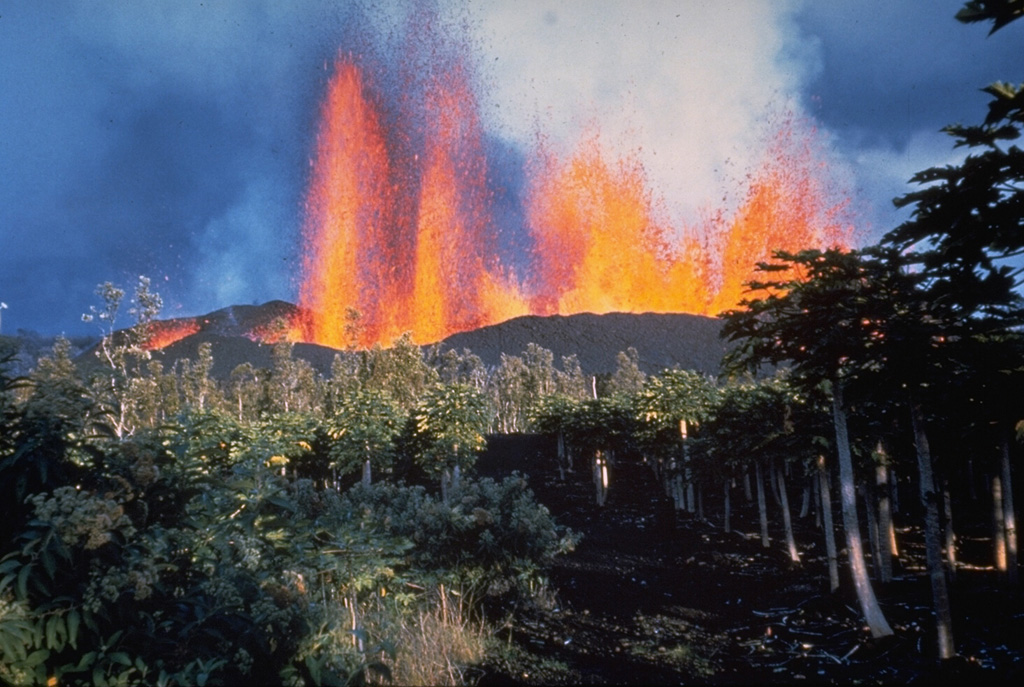 A line of lava fountains rises above a fissure on the lower East Rift Zone of Kilauea in January 1960. The eruption originated near the village of Kapoho, which was overrun by lava flows. Lava flows traveled to the coast, reaching the ocean along a broad front.