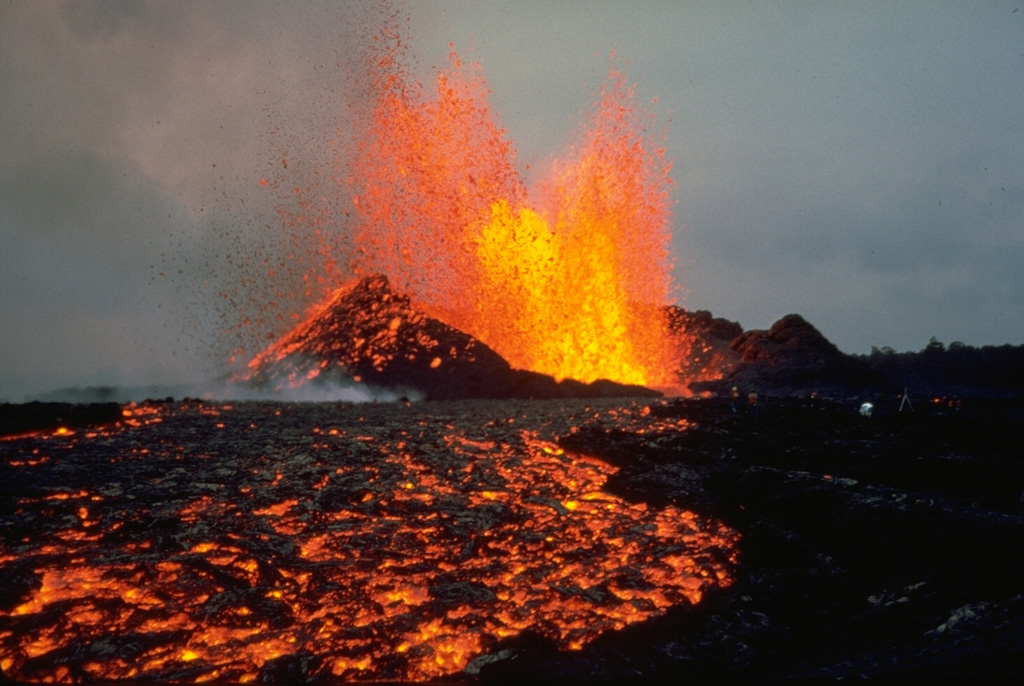 Lava fountains on 30 September 1977 produced lava flows from the Pu`u Kiai vent. The eruption began along the East Rift Zone near Kalalau Crater on 13 September. The eruption ended on 1 October after producing lava flows that traveled 10 km SE to within 1 km of the coastal town of Kalapana.