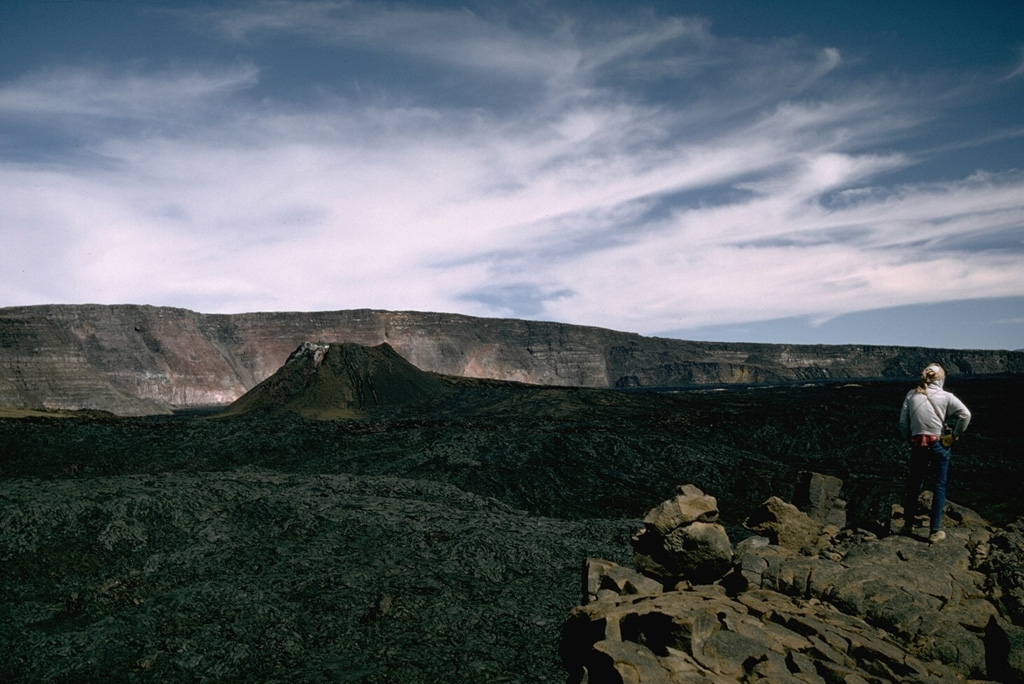 The spatter cone that formed during the 1940 eruption of Mauna Loa is seen in Moku'aweoweo caldera in this 1966 view from the southern rim of the caldera with the western caldera wall in the background. The eruption began along a 6-km-long fissure that extended across the caldera and down the SW rift zone. Activity soon became focused within the caldera and lava flows covered two-thirds of the caldera floor.