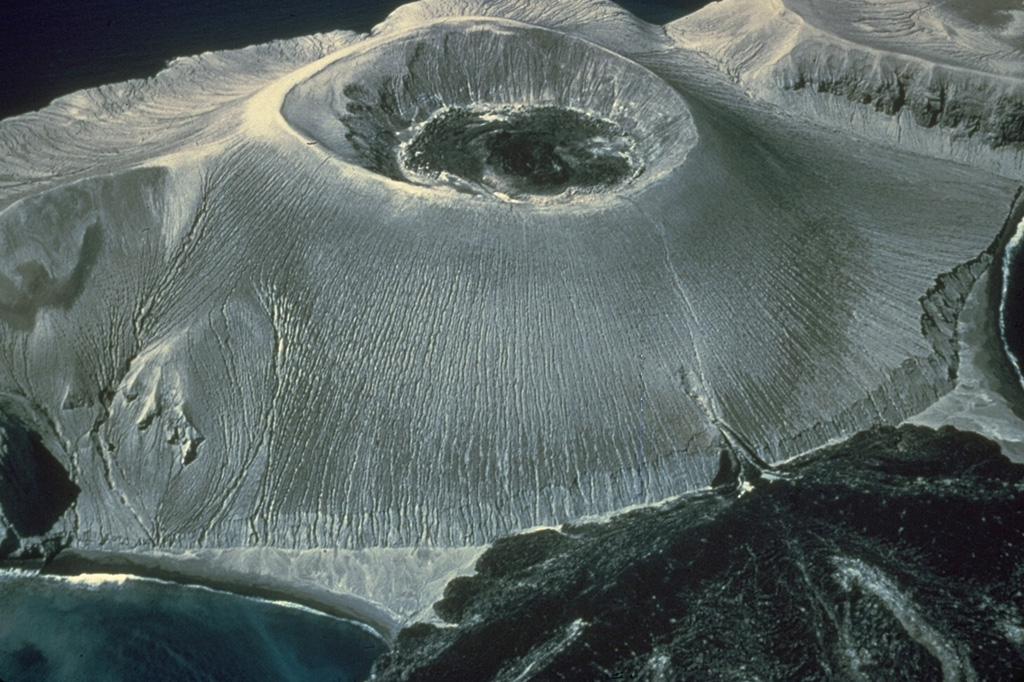 An aerial view from the SE shows the Bárcena tuff cone, constructed during an eruption in the Revillagigedo Islands off the western coast of México during 1952-53. The 700-m-wide crater is partially filled by lava, and the lava delta at the lower right was fed from a vent on the flank. The tuff cone was constructed to a height of about 330 m from near sea level within the first few weeks of an eruption that began on 1 August. Lava was seen in the crater by mid-September and flank lava extrusion began on 8 December.