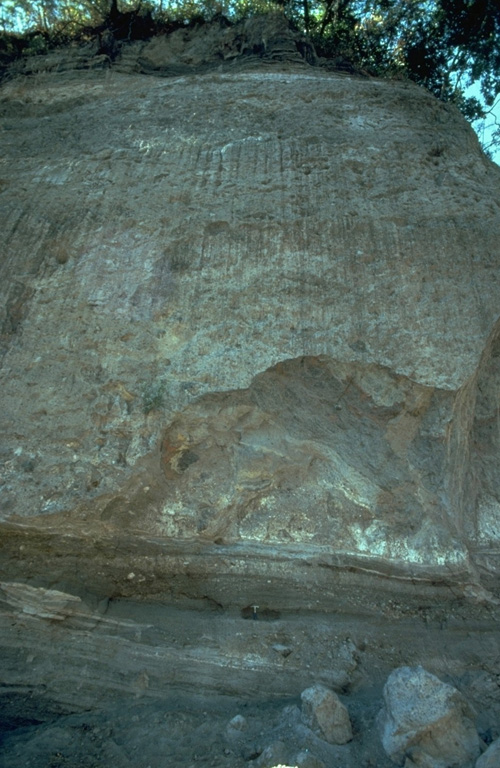 The bedded deposits at the base of this outcrop on the SW flank of Colima near the village of San Antonio are pyroclastic-flow and pyroclastic-surge deposits from an eruption that was radiocarbon dated at about 4300 years ago. The thick deposit forming the majority of the outcrop is a younger debris-avalanche deposit produced by collapse of the volcano. Slumping at the base of this deposit has exposed its color-mottled internal texture, reflecting various lithologic units that were transported without being mixed together.