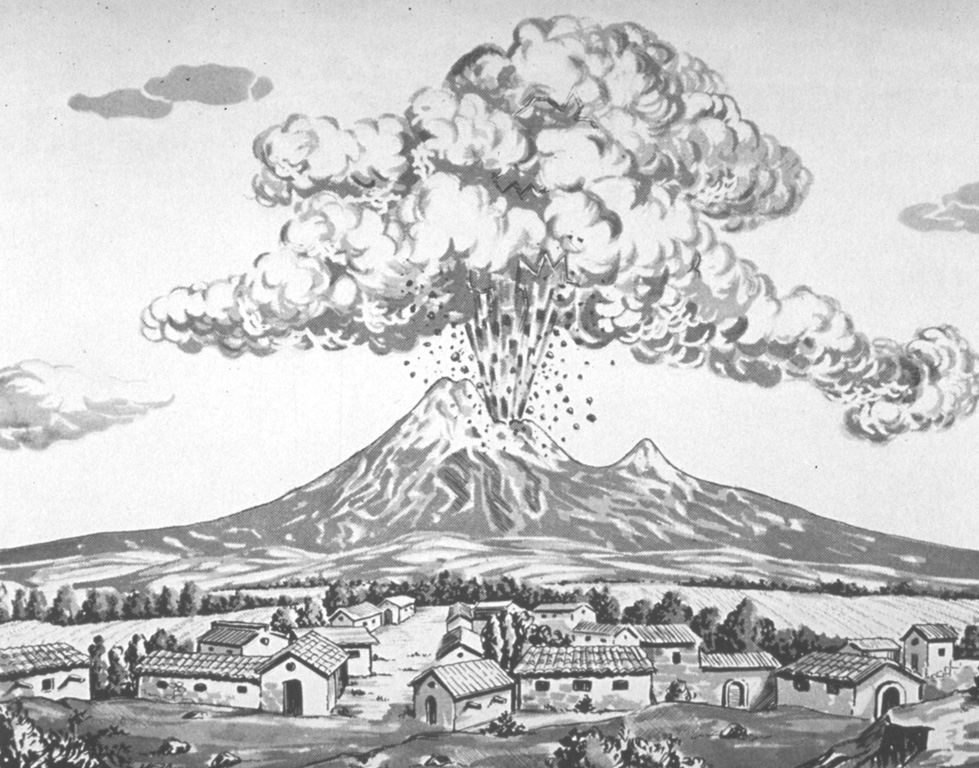 This sketch shows an eruption of Colima on 16 April 1872, as seen from the SE with Nevado de Colima peak on the right skyline. The sketch correctly depicts the eruption as originating from El Volcancito, a NE-flank vent. This event began at 10 in the morning and lasted for 30 minutes. The 1872 eruption began on 26 February and lasted until 14 March of the next year, when ashfall occurred in Colima City 35 km to the south.