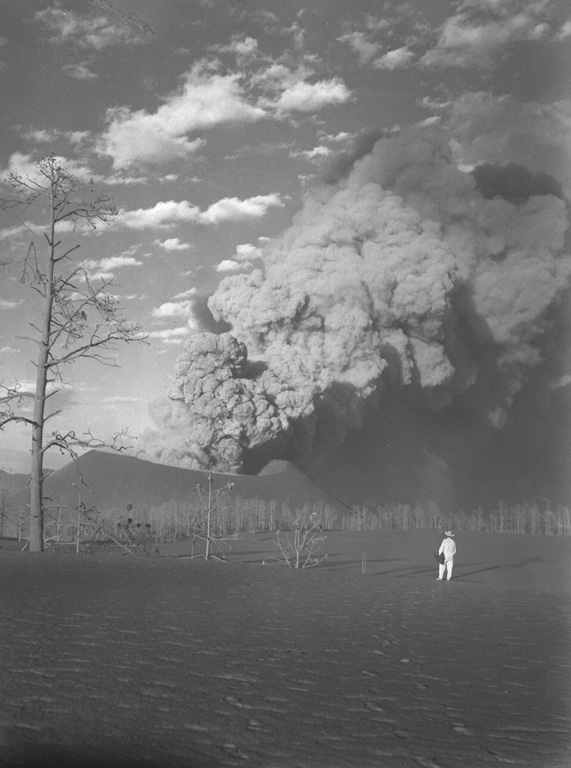 A geologist observes a thick ash plume rising above the crater of Parícutin on March 22, 1944, from Mesa de Cocjarao, 1 km SW. The lowered south rim is due to scouring of the south crater vent by the eruption column. During March 1944 the eruptive activity ranged from a weak explosive column accompanied by deep rumbling to large, but almost soundless cauliflower columns such as the one shown here.