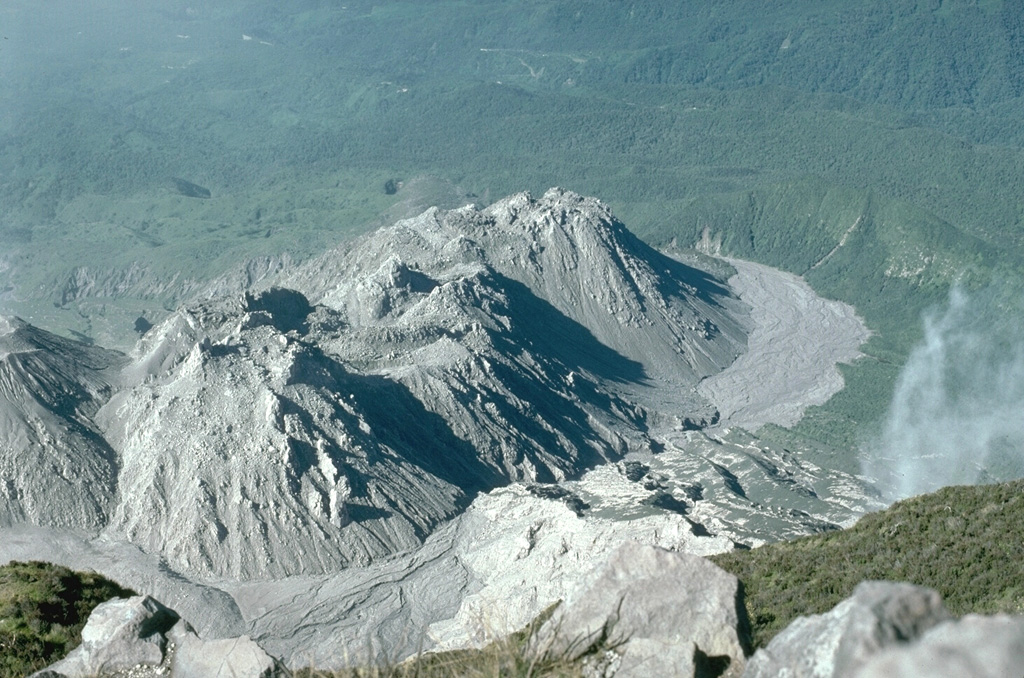 Santiaguito lava dome, seen here in December 1993 from the summit of Santa María volcano, 1300 m above and to its SE, is a dacitic lava dome that has been continually growing since 1922. Episodic 3-5-year periods of increased growth spaced at 10-12-year intervals have occurred from different vents on the dome complex. Caliente vent is partially seen at the extreme left, with La Mitad, El Monje, and El Brujo vents located farther to the west along the 3-km-long crest of Santiaguito.