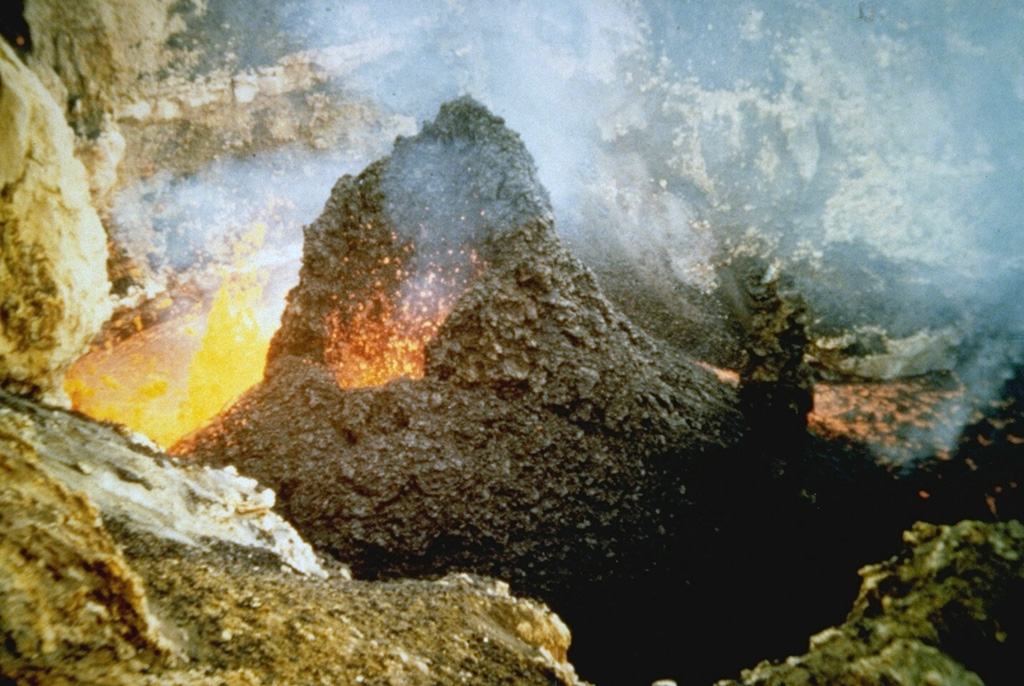 Spatter cones form when blobs of molten lava that are ejected from a vent solidify to form a steep-sided cone. This small spatter cone formed in MacKenney crater of Pacaya volcano in Guatemala on 10 February 1985, during an ongoing eruption that began in 1965. At the time of this photo, the spatter cone was 6-m high, ejecting incandescent volcanic bombs from its vent and extruding lava from its eastern (left) side.