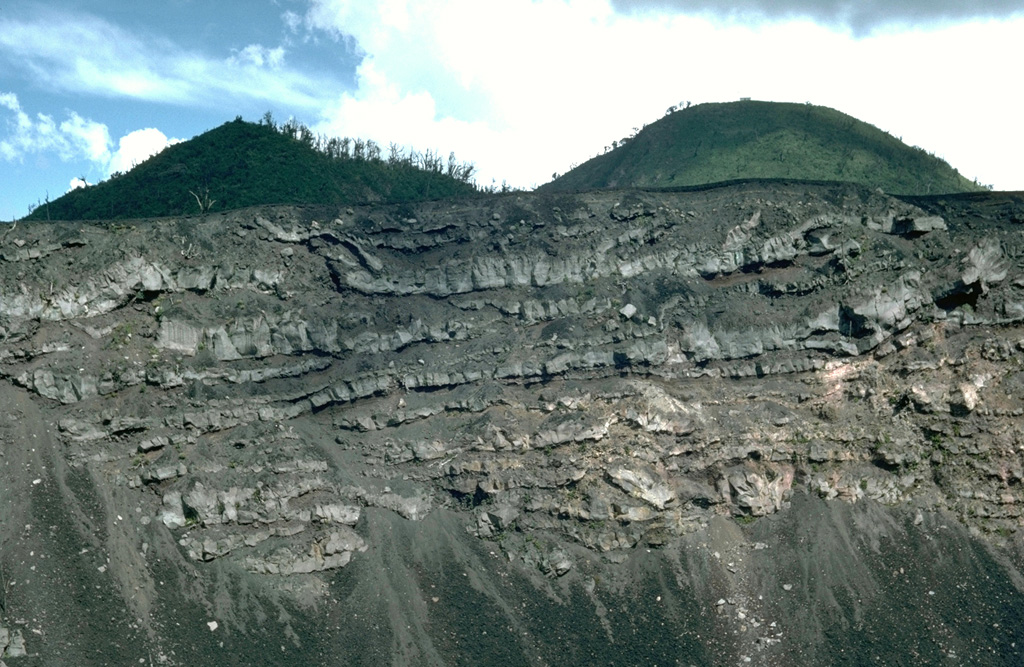 A sequence of thin lava flows forms the upper part of the NE caldera wall of Pacaya volcano. These basaltic lava flows were erupted during the final stages of an ancestral Pacaya volcano, which collapsed sometime between about 600 and 1550 years ago to form a large horseshoe-shaped caldera. The upper 50 m or so of the caldera wall is seen in this view with Cerro Grande, an older dome of Pacaya, forming the rounded peak at the upper right with the flank cone of Cerro Chiquito on the left.