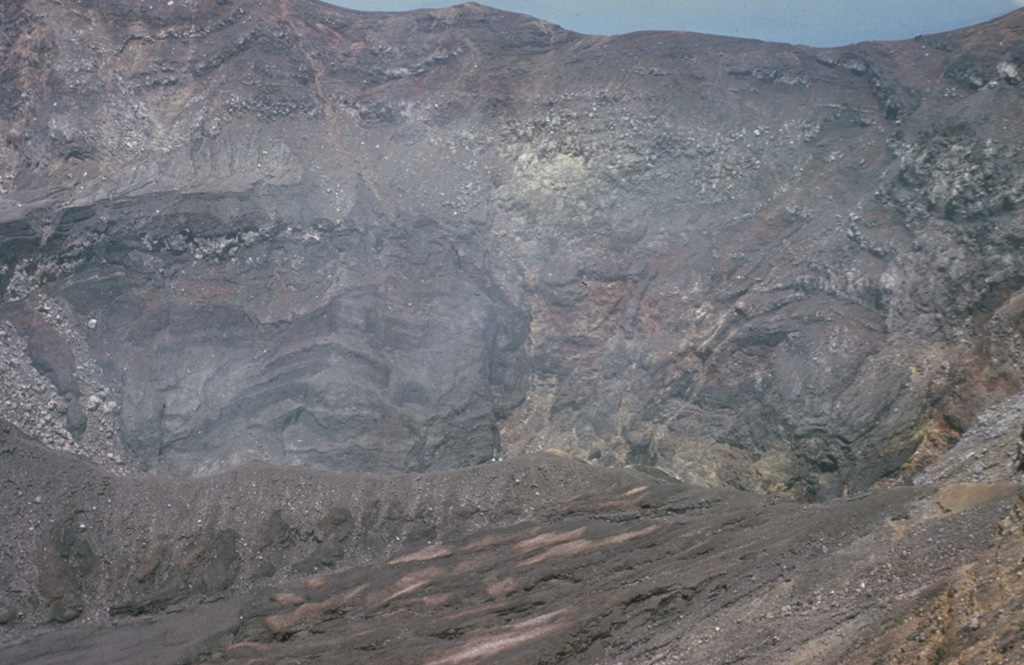 The active Santa Ana crater lies at the SE end of series of four nested summit craters and contains a small lake not visible in this photo. The northern crater wall in the background exposes a series of lava flows and inter-bedded pyroclastic deposits. Several faults are visible in the crater walls, such as the one at the upper left. Later tectonic movements produced a graben in the central part of the crater with displacements of 50-70 m.