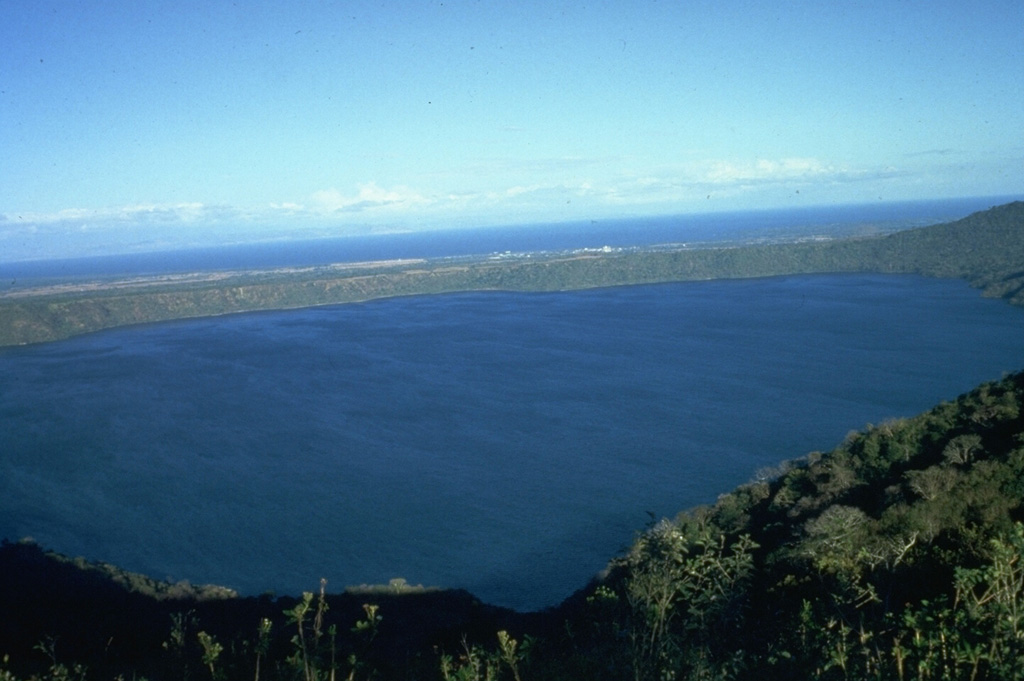 The 7-km-wide, lake-filled Apoyo caldera is seen here from the W with Lake Nicaragua in the distance beyond its low eastern caldera rim. The surface of Laguna de Apoyo is 78 m above sea level. The steep caldera walls rise about 100 m along the eastern rim and up to 500 m along the western rim (foreground). The caldera was formed during two major dacitic explosive eruptions radiocarbon dated at about 23,000 years BP. 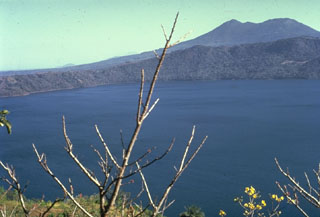