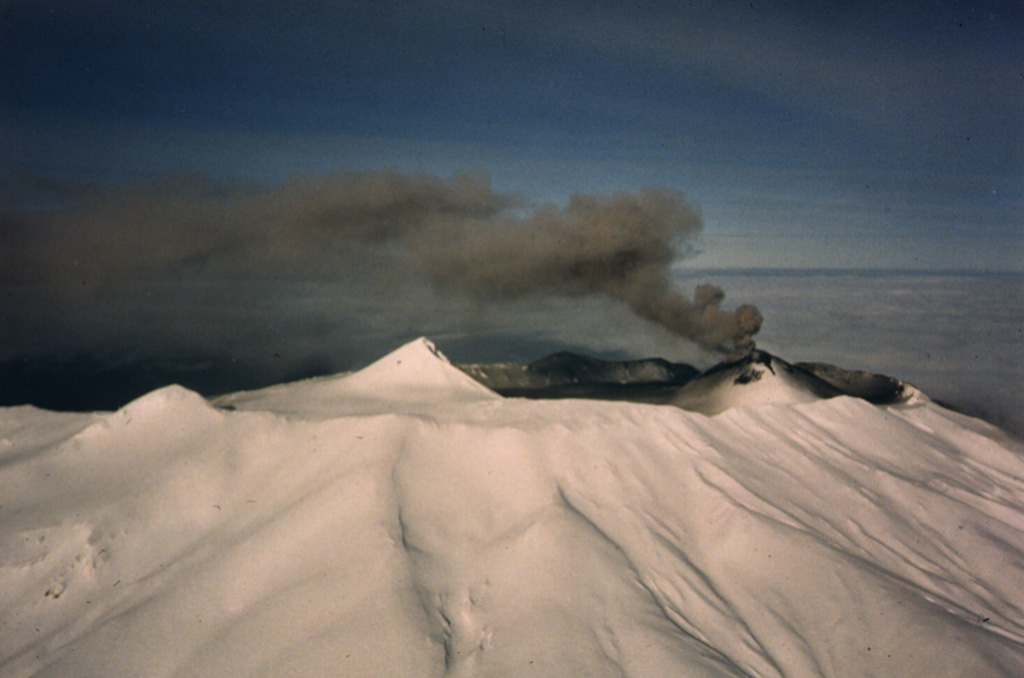 Akutan has a 2-km-wide summit caldera with a large scoria cone that rises above the caldera rim. It is seen here from the south in eruption on 11 February 1987. A small lake occupies part of the caldera floor. The caldera rim is breached narrowly on the north side through which a 1978 lava flow traveled to within 2 km of the sea.