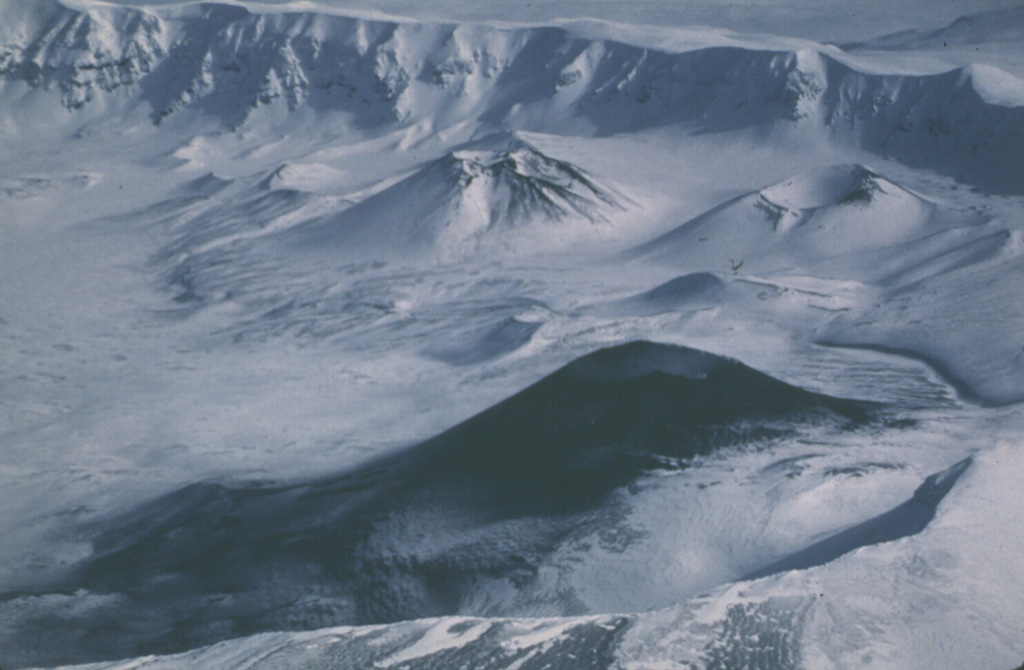 This 2 March 1987 view from the west shows the ash deposition on the flanks of a cone in the SW corner of Okmok caldera. Intermittent explosive eruptions took place from November 1986 to February 1988 from Cone A. Cone C and Cone F are visible in the background.