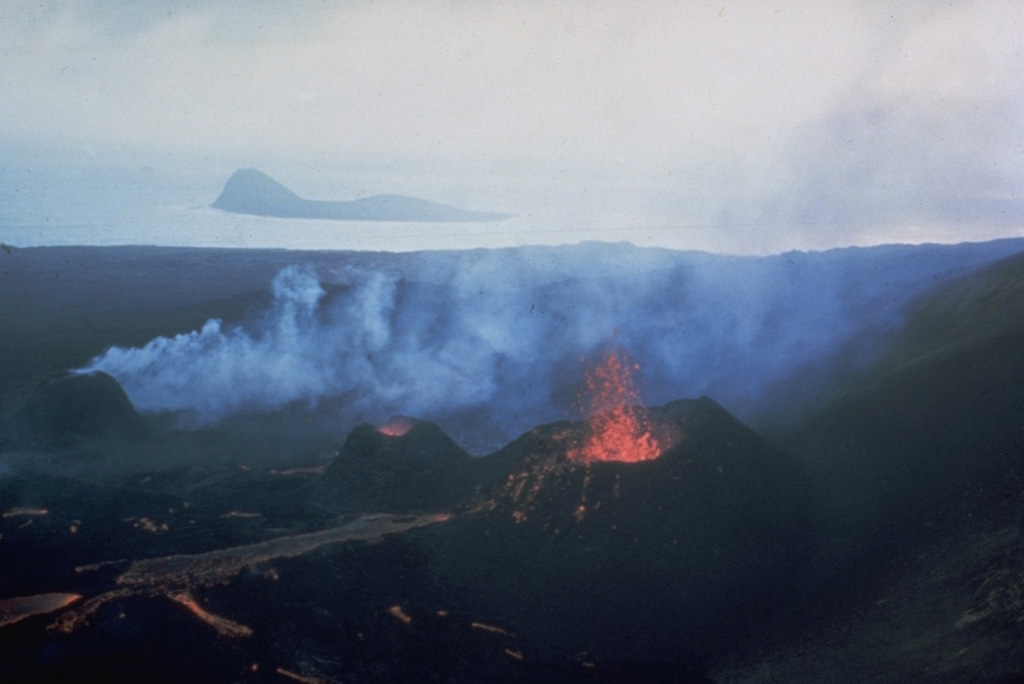 Lava flows issue from three small spatter cones on the island of Surtsey on 27 August 1966. Eruptions began in November 1963 and soon formed a new island, with lava effusion starting in April 1964. Eruptions at Iceland's newest island continued until 1967. The small island of Jolnir in the background began growing 800 m SW at the end of October 1965. It went through repeated episodes of growth and destruction before it ceased activity on 10 August 1966 and was eroded away by October.