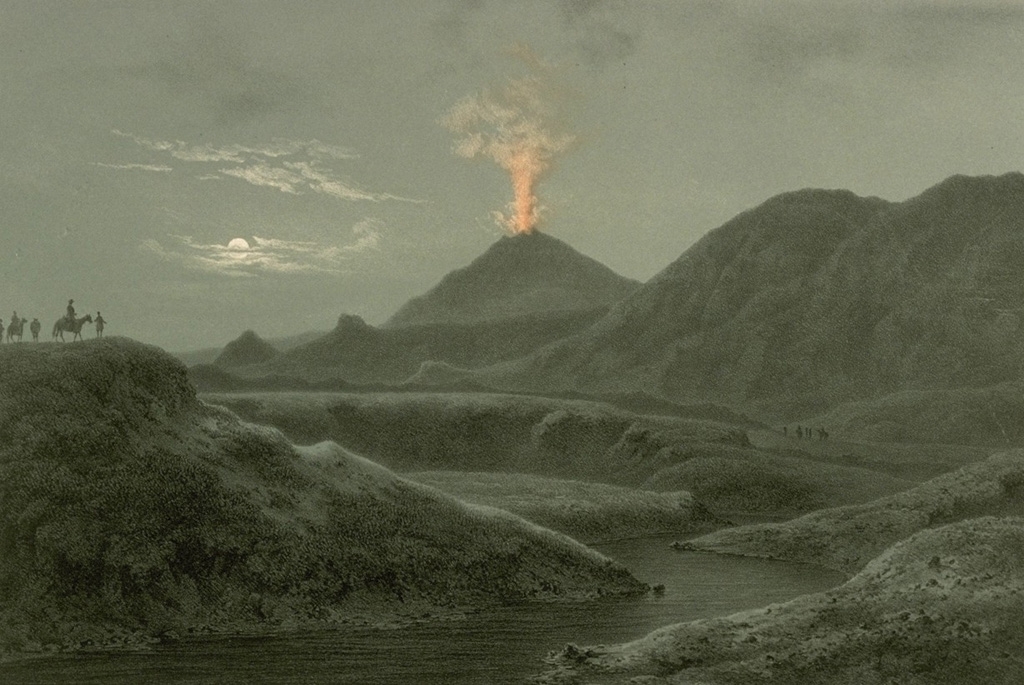 The 1845 eruption of Hekla volcano is depicted in this sketch as seen from Selsund, SW of the volcano. Tephra from the eruption, which began on September 2, was carried to the ESE. Locally, the fluorine-rich ashfall took a large toll on livestock, and fine ash fell as far away as the Faroe, Shetland, and Orkney islands. Lava flows covered about 25 sq km and moved mainly to the west and NW. The eruption lasted for seven months.