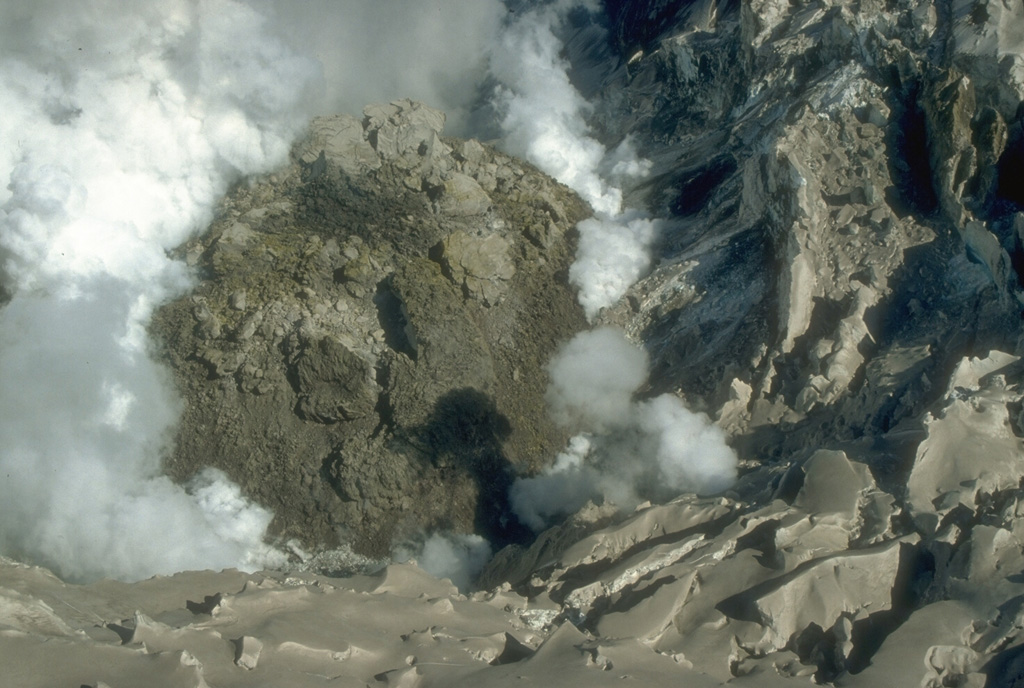 The south flank of the final lava dome in the summit crater produced during Redoubt's 1989-90 eruptions is seen here on 1 June 1990 during the waning phases of activity. A fractured lobe of blocky lava is visible at the center. Steam from interaction of meltwater with hot rock billows from the margins of the dome. Remnant glacial ice with a coating of gray ash surrounds the dome.