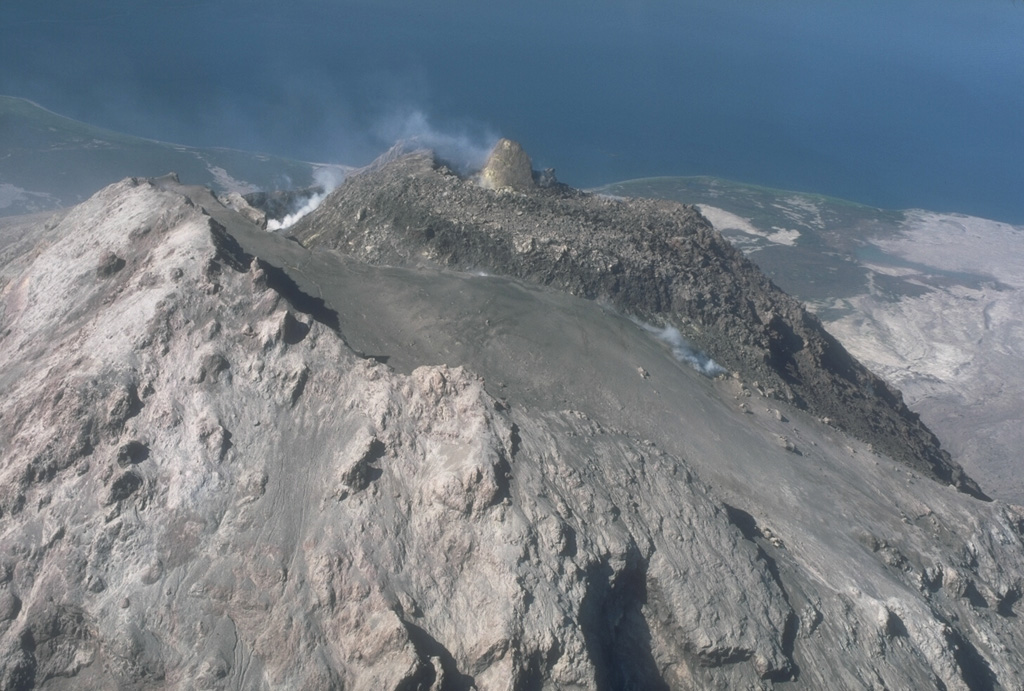 A 50-m-high spine formed on the 1986 lava dome at Augustine, seen here in 1987. The lava dome at the summit formed within an arcuate crater on the 1976 dome. As seen in this view from the SE, the surface of the 1976 dome is covered with pyroclastic ejecta from the 1986 eruption. The high point of the volcano (left) is a crater rim of the 1964 dome.