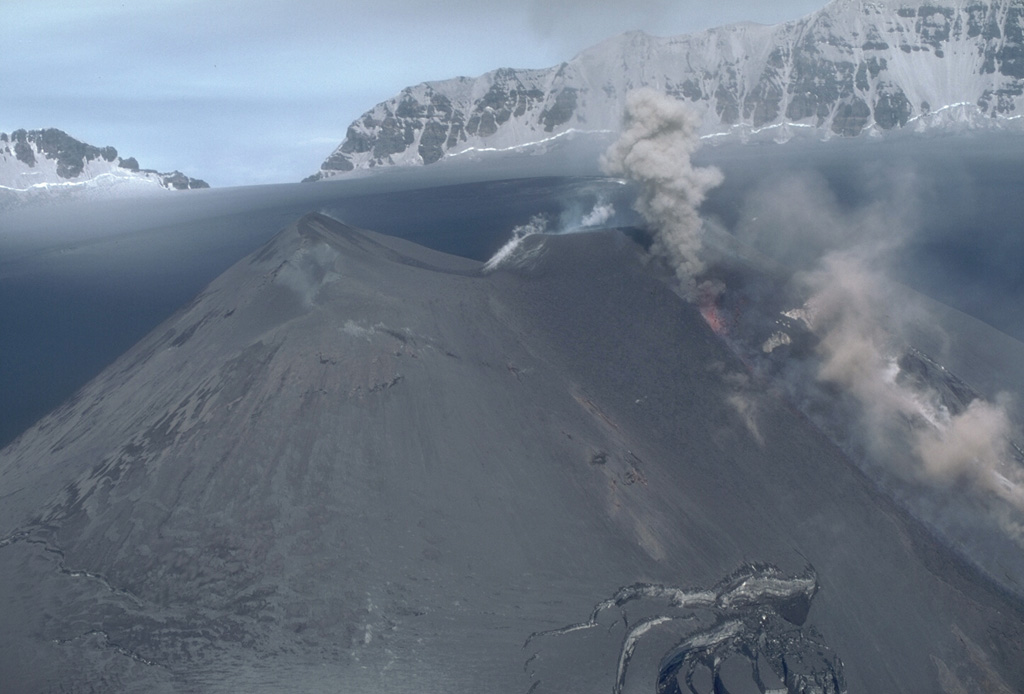 Ash and incandescent lava fragments rise above a fissure on a scoria cone at the summit of Veniaminof on 13 July 1983. The eruptions began on 2 June and covered the cone and much of the caldera floor with ash. Note the ash-covered glacial crevasses on the flanks of the cone to the lower right. The rim of the 8 x 11 km caldera appears in the distance to the NE.