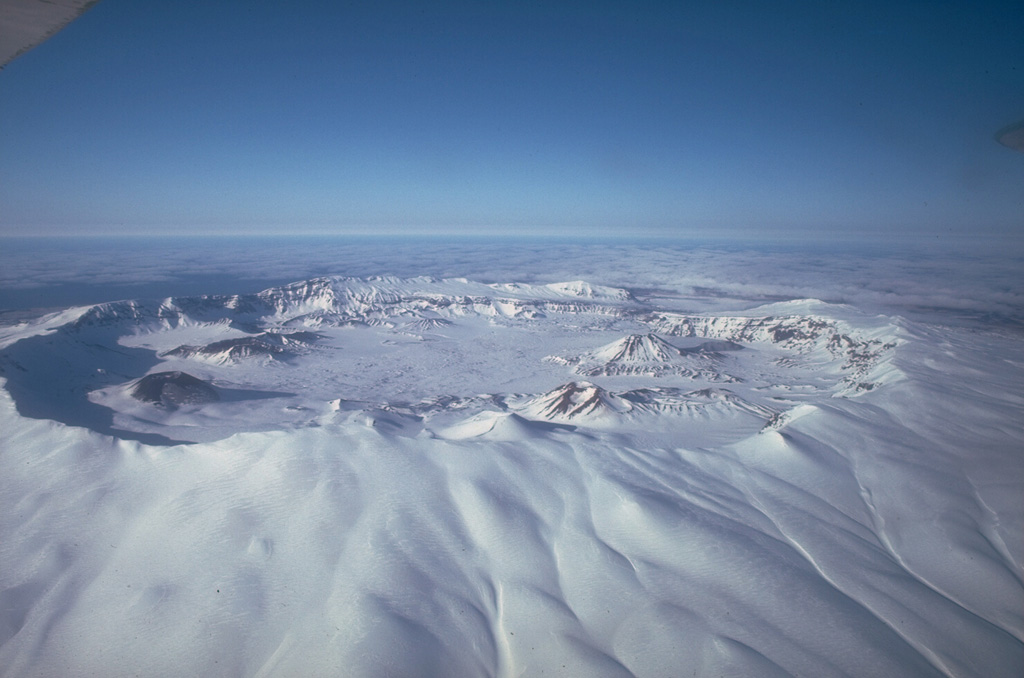 The summit of 35-km-wide Okmok has two largely overlapping 10-km-wide calderas. Both calderas formed by voluminous eruptions of tephra and pyroclastic flows during the Holocene, one about 8,250 years ago and the other about 2,400 years ago. Numerous cones and lava domes formed on the caldera floor and flanks. Historical explosive eruptions and lava flows have originated from cones within the caldera.