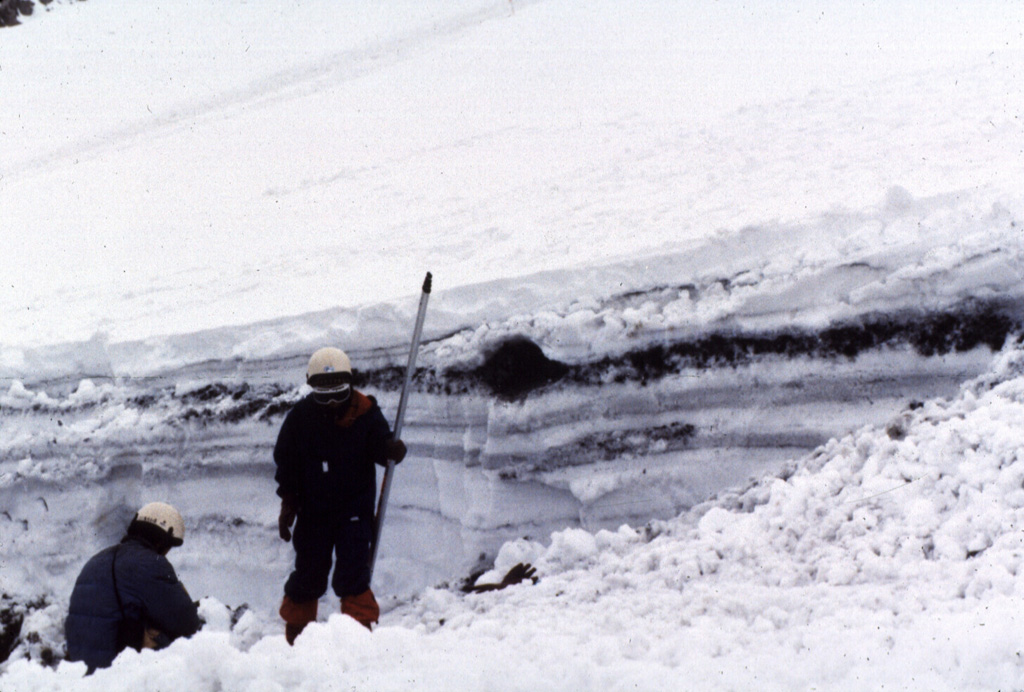 Tokachi, seen here erupting in December 1988, consists of a group of cones and lava domes arranged on a NE-SW line above a plateau of welded Pleistocene tuffs. Numerous explosion craters and scoria cones are located on the upper flanks. Frequent historical eruptions, consisting mostly of mild-to-moderate phreatic explosions like this one have been recorded since the mid-19th century. Two larger eruptions occurred in 1926 and 1962.