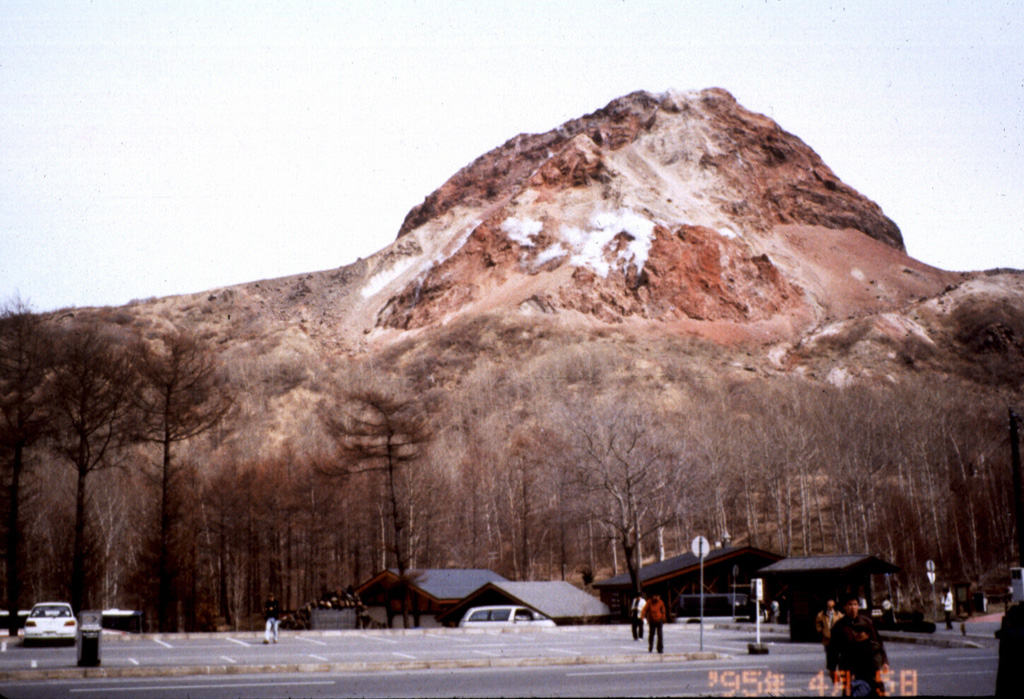 Showa-Shizan, a dacitic lava dome on the E flank of Usu volcano, formed during eruptions in 1944-45. Rapid ground deformation initially raised flat cornfields to form a 150-m-high flat-topped hill on the lower E flank. Explosive eruptions from the center of the uplifted area began on 23 June 1944 and continued almost daily until 31 October. The dacitic Showa-Shinzan dome breached the surface in November 1944 and ceased growing by September 1945. It eventually reached a height of about 275 m.