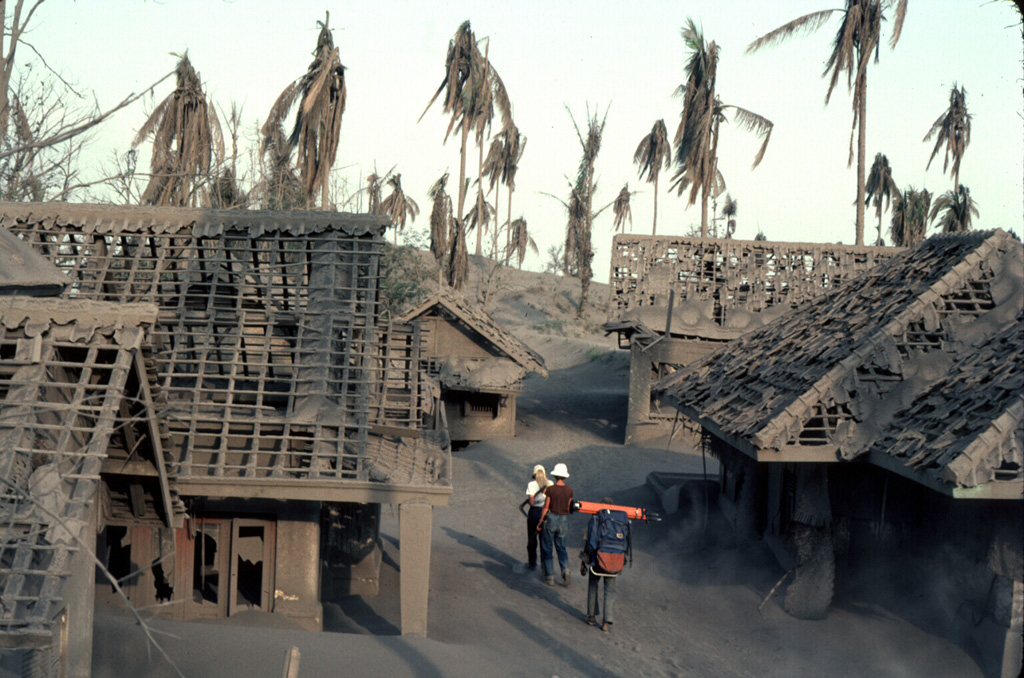 Heavy ashfall from explosive eruptions from Galunggung volcano in 1982 damaged or destroyed hundreds of houses, including these in a village near Kadong. The eruptions forced evacuation of 62,000 people living in densely populated areas near the volcano.