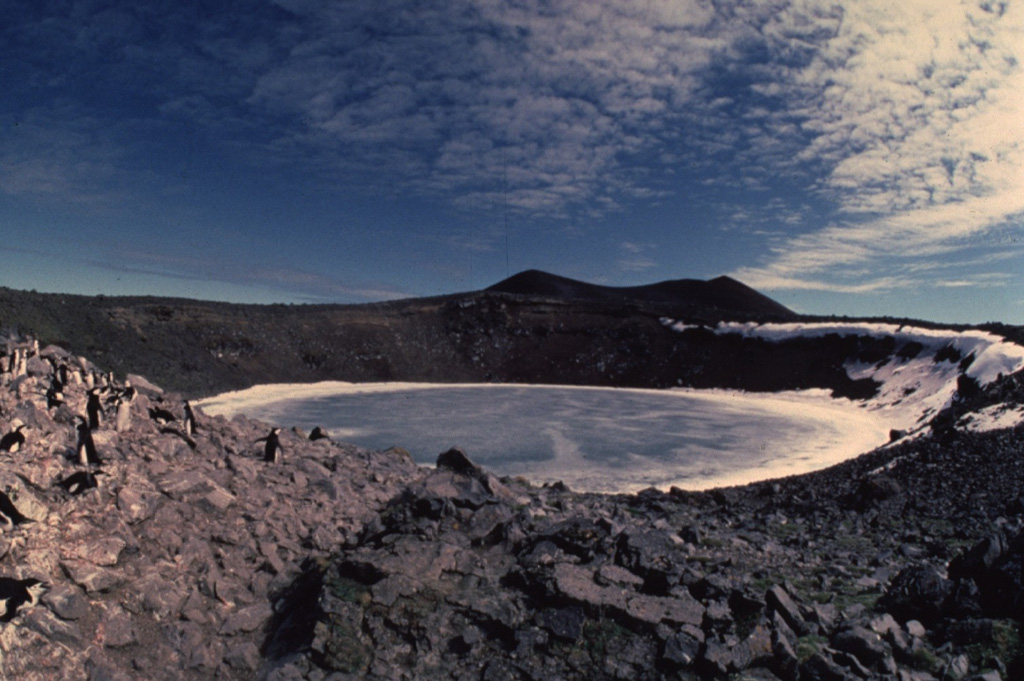 Petrel maar is a 300-m-wide crater on the eastern side of the roughly 1.5-km-wide Penguin Island. The maar was formed during an explosive eruption in the early 20th century and is surrounded by angular blocks of ejecta. The cinder cone behind Petrel maar to the SW is Deacon Peak, which marks the 180-m-high summit of the island. 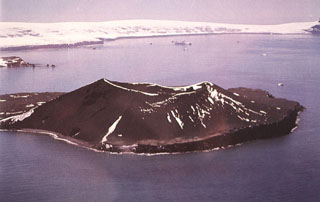