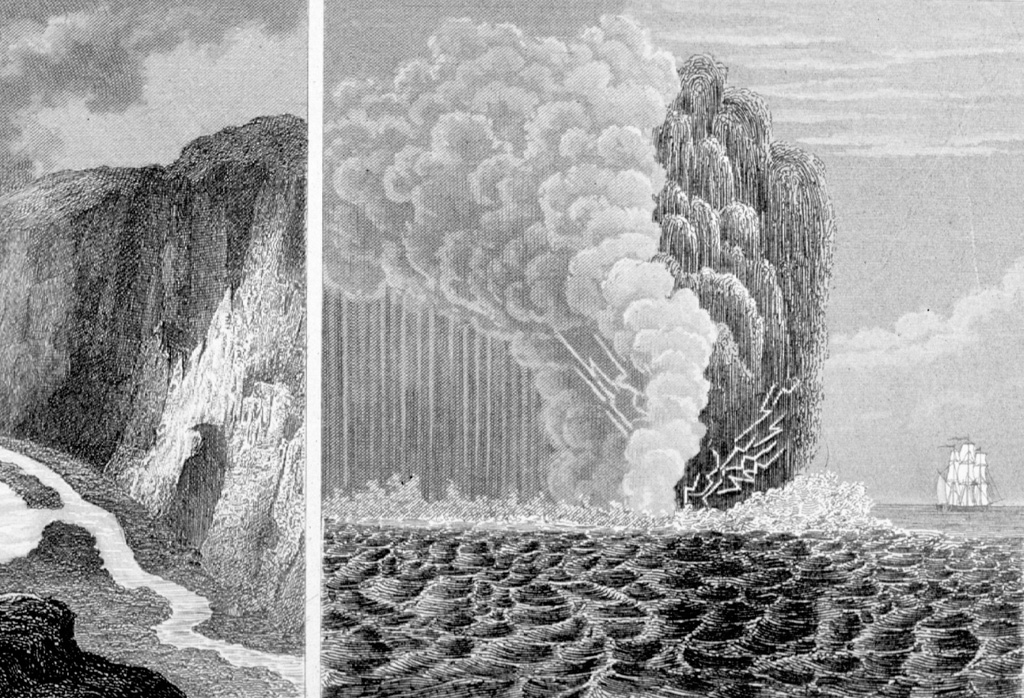 This 19th-century sketch shows a submarine eruption during 1811 off the western coast of Sao Miguel Island in the Azores. Lightning flashes appear at the base of the eruption column, which consists of both a light-colored steam cloud and a darker, ash-laden eruption plume. Explosive eruptions took place February 1-8 and June 16-22, 1811 from the submarine vent. The June eruptions formed an ephemeral island named Sabrina that at its peak stage of growth was 2-km long and 90-m high.