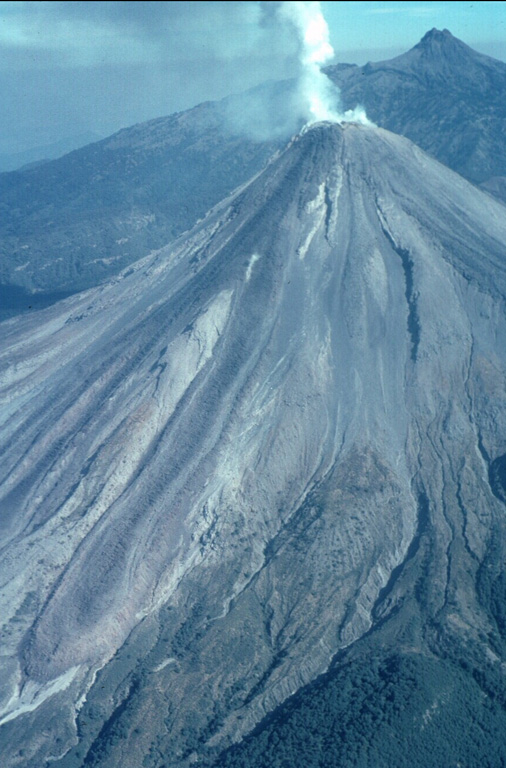 A helicopter view of Colima volcano towards the north on 8 February 1999 shows the degassing lava dome and active lava flows with Nevado de Colima in the background. A single flow originated from the summit dome, but the light-colored topographic high on the upper SW flank caused it to split into separate lobes. The easternmost lobe can be seen here descending diagonally to the lower left. The lava flow from 1991 was completely covered by this new flow.