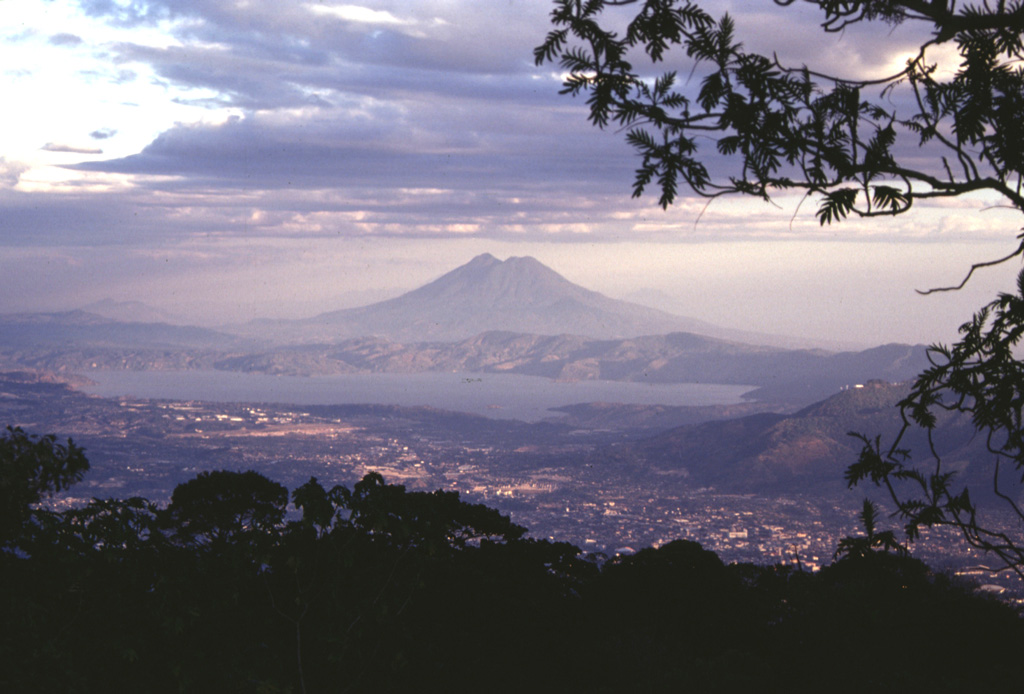 Lake Ilopango occupies the Ilopango caldera immediately east of the capital city of El Salvador, seen in the foreground. This view is from San Salvador volcano with San Vicente volcano in the background. The caldera formed during four major eruptions, the last of which was about 1,500 years ago. This eruption deposited ash and pumice over much of central and western El Salvador.